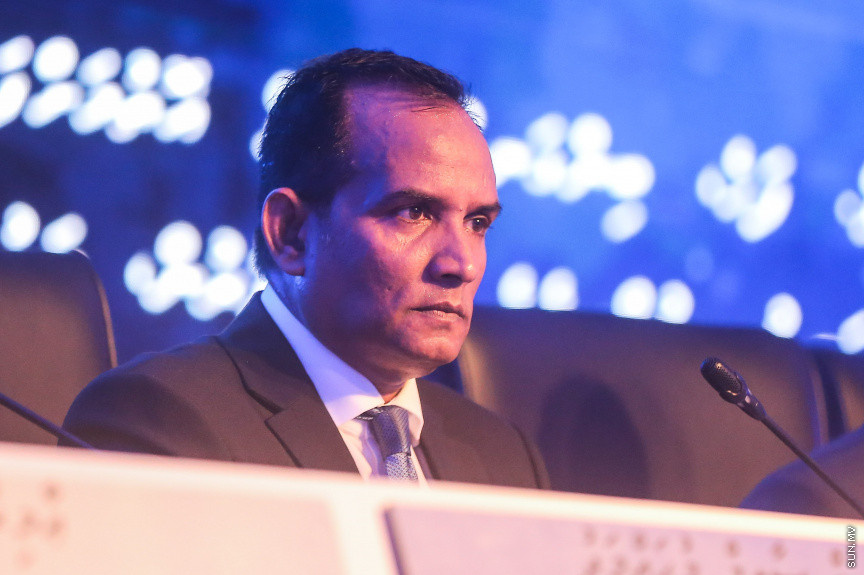 Managing Director of State Trading Organization (STO), Ahmed Shaheer has announced plans to build a special facility in K. Gulhifalhu to unload large shipments of construction material imported into the country via sea.

Shaheer said that construction is one of the main trade’s by STO, and that the lack of the organization’s own facilities to unload products such as construction aggregate was a huge challenge.

Shaheer said STO has bought land in Gulhifalhu and has launched the project to build a berthing facility, large enough to accommodate large cargo ships.

He described the project as one of the most important initiatives undertaken by the organization.

He said the value of the project is approximately MVR 45 million.

STO has bought two MVR 18 million landing crafts to improve its logistics. The organization is also building a multi-story warehouse in a 48-square foot land area in Male’ Industrial Village to structure all its logistics under one roof in a MVR 308 million project.

Shaheer also pledged to use Information Technology to improve the organization’s services.

STO to relinquish its shares in Addu Airport

STO: Maldives is not running out of surgical masks

Mega ordered to pay over USD 200K to private companies