All branches of Fenaka on one network 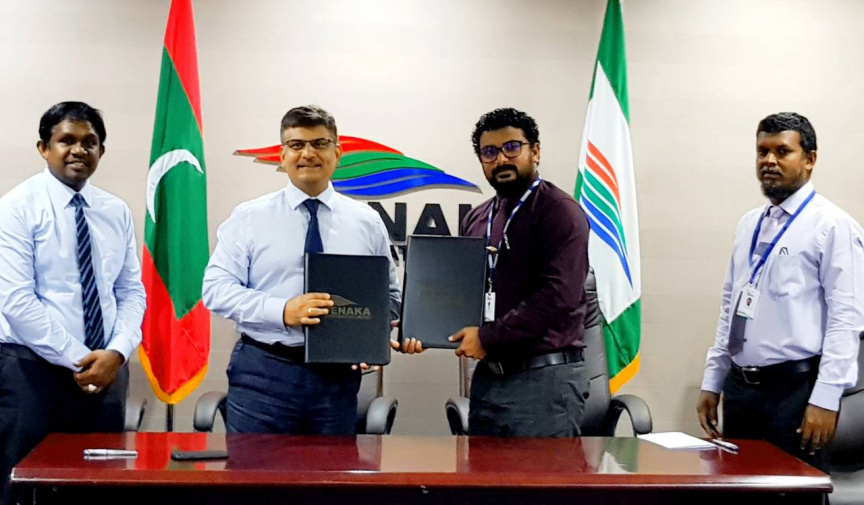 Fenaka Corporation has connected all of their branched on a single network via Ooredoo Maldives.

At a special ceremony held at the Fenaka Building this afternoon, the agreement on the connection was signed by the Deputy Managing Director of Fenaka Corp., Mohamed Laman and the CEO of Ooredoo Maldives, Najeeb Khan.

The company said that under the agreement, the ERP Billing and HR software at the head office would be on the network which in turn would resolve a lot of the usual problems. And the different internal documents from the head office can be shared with all the branches at the same time via the Fenaka intranet.

With all the branches of the company connect via Ooredoo Maldives, Fenaka Corp. said that their spending on the network is cut by 50 percent.

Fenaka Corporation currently has 152 branches providing water and electricity in the atolls. \