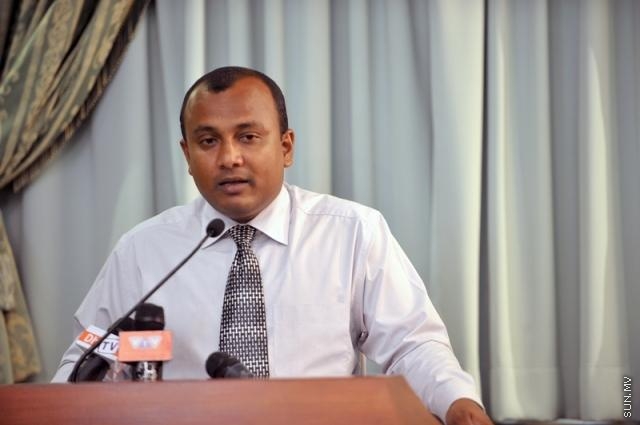 The President’s Office has said that the government will reconsider the participation of the President’s delegate in the peace talks between leaders of political parties, following last night’s protest against Vice President Mohamed Waheeddeen (Deen) in Hulhumale’.

Anti-government protesters demonstrated last night against the VP, as he arrived for the opening ceremony STO’s futsal field in Hulhumale’.

Government Spokesperson Abbas Adil Riza said that the government’s decision to participate in the talks has to be reconsidered, as it was made following MDP’s announcement that protests had been ended.

The government accuses MDP of having organized this protest, during which offensive language was used against the VP and Ministers.

Protesters used loudspeakers and demonstrated against the government at the area where the futsal field opening ceremony took place.

Police arrested eight people at the protest last night, but have released all except one protester.

A statement issued by the Parliament Office yesterday stated that the President’s delegate VP Deen and Parliamentary Group Leaders will meet to discuss on assurance of a peaceful atmosphere for Parliament Sittings to proceed.