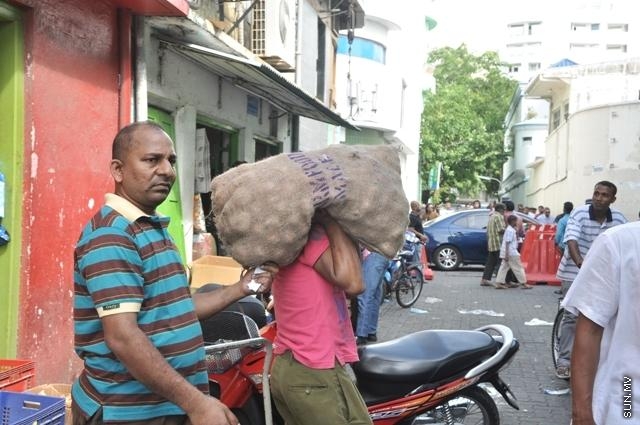 Torrential rain for hours has caused floods in most parts of Malé, the Capital city of the Maldives. Rain poured down heavily since dawn today.

Flooding has caused difficulties for pedestrians and vehicle users as well.

It has been reported that flood entered some houses as well.

The Maldivian National Defence Forces has employed units in several parts of Malé to drain the flood.

Maldives Meteorological Services (MET) told today that heavy rain is expected for the next six hours in central Maldives, from Malé atoll down to Vaavu atoll. However, some parts of the country, notably Laamu atoll, will enjoy a calm and sunny climate, according to MET.