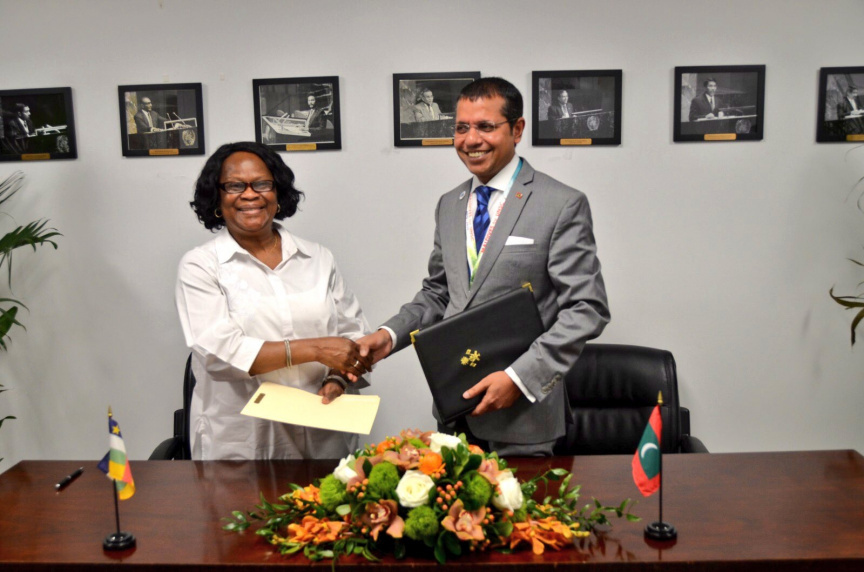 CAR, which has a population of approximately 4.6 million people, borders Chad, Sudan, South Sudan, Democratic Republic of Congo, and Cameroon.

CAR, despite being rich in natural minerals and resources including uranium, crude oil, gold and diamonds, is listed as one of the poorest countries in the world.

Maldives has worked together with CAR at the UN, before the eventual formalization of diplomatic ties between the two countries last Friday.