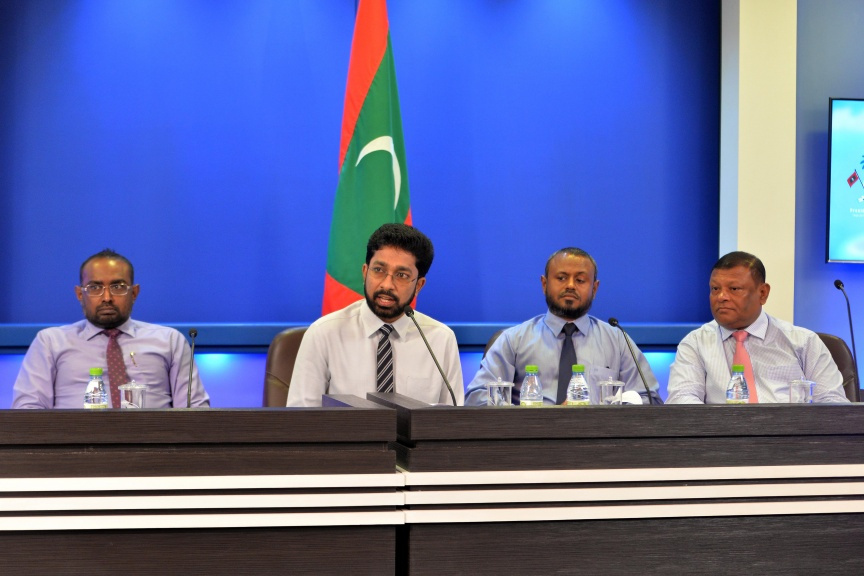 Minister Azleen said that some of these cases has been sent to the Attorney General and the Prosecutor General's Office to file civil suites and some cases are in the court phase. Those include 20-year-old cases according to the Home Minister.

He said that the Commission's work would be declared a success when the courts rule to repay the money to the state and the state receives the said money.

"(we) hope when the court phase of these cases end, the money lost to the people will be returned." Home Minister Azleen said.

Azleen said that these efforts led by President Abdulla Yameen Abdul Gayoom is by no means a political effort. And the Commission aims to reclaim the lost money and that requires cooperation from other institutes of the government.

Minister Azleen said that the President has decided to keep the commission active until November.