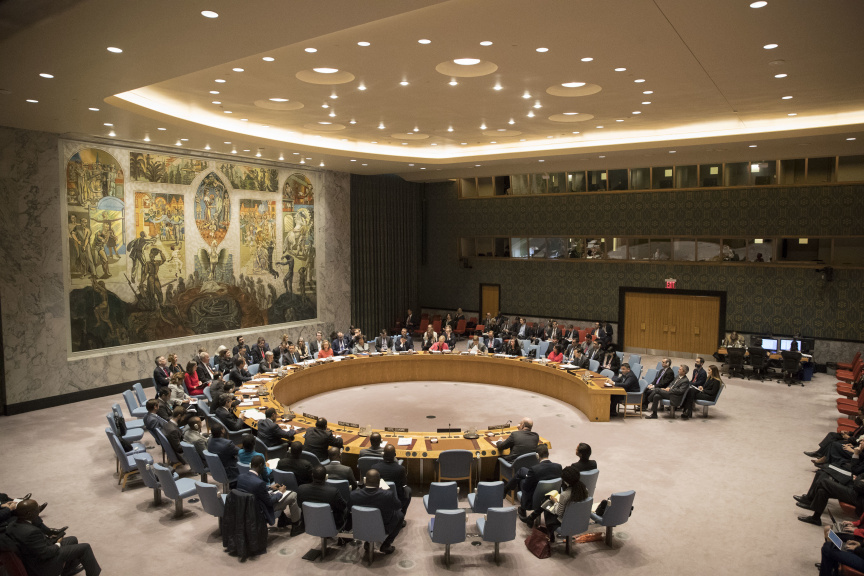 COX'S BAZAR, Bangladesh (AP) — A U.N. Security Council delegation is in Bangladesh for a firsthand look at the plight of some 700,000 Rohingya Muslims who have fled Myanmar to escape military-led violence and are seeking U.N. protection to return home.

The team will meet some of the refugees, including victims of rape and torture, on Sunday. The delegation will also visit Myanmar after concluding its three-day visit on Monday.

Representatives from the five permanent Security Council members — China, France, Russia, the United Kingdom and the United States — and 10 non-permanent member states have joined the delegation in the coastal town of Cox's Bazar, where the camps are located.

The recent spasm of violence in Myanmar began when Rohingya insurgents staged a series of attacks on Aug. 25 on about 30 security outposts and other targets. In a subsequent crackdown described by U.N. s and U.S. officials as "ethnic cleansing," Myanmar security forces have been accused of rape, killing, torture and the burning of Rohingya homes. Thousands are believed to have been killed.

Bangladesh's acting foreign secretary, M. Khurshed Alam, said the delegation's visit is "very significant," with international pressure on Myanmar continuing to mount to ensure the safe and voluntary return of the refugees, who are seeking protection from the United Nations.

"This council can make a difference by putting pressure on Myanmar and creating a situation to start the repatriation in full swing. It has that influence," Alam said.

He said the team will return to Dhaka on Sunday and is expected to meet Prime Minister Sheikh Hasina on Monday morning before leaving for Myanmar.

Britain's U.N. ambassador, Karen Pierce, said in New York that the most important thing is that the body charged with maintaining international peace and security "can see for itself the situation on the ground in a very desperate case of alleged human rights violations and abuses and crimes against humanity."

Lord Nazir Ahmed, the British minister of state for the Commonwealth and the United Nations, told reporters earlier in the week that Myanmar's agreement to the council visit and a previous visit by the U.N. special envoy for sexual violence in conflict "demonstrates the glimmer of hope in what has been a very dark chapter in human history in that part of the region."

He stressed the importance of direct engagement, which "sends a very strong signal to those in Myanmar, both the civilian but more importantly military authorities who have been responsible largely for what we've seen, which has been ethnic cleansing and nothing short of that."

Bangladesh and Myanmar agreed in December to begin repatriating the refugees in January, but there were concerns among aid workers and Rohingya that they would be forced to return and face unsafe conditions in Myanmar.

The U.N. refugee agency and Bangladesh recently finalized a memorandum of understanding that said the repatriation process must be "safe, voluntary and dignified ... in line with international standards."

Rohingya Muslims have long been treated as outsiders in Myanmar, even though their families have lived in the country for generations. Nearly all have been denied citizenship since 1982, effectively rendering them stateless. They are denied freedom of movement and other basic rights.

UN in Bangladesh; Vows to try to end Rohingya crisis