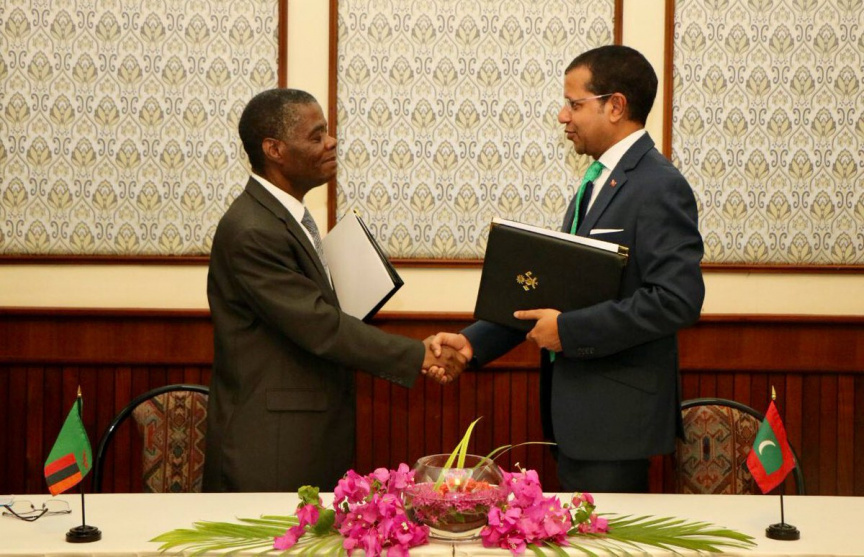 Permanent Representative of the Maldives to the United Nations and Ambassador of the Maldives to the United States and Canada, Dr. Ali Naseer (R) and Permanent Representative of Zambia to UN, Lazarous Kapambwe (L) sign agreement to establish diplomatic ties between Maldives and Zambia on April 1, 2018. (Photo/Ministry of Foreign Affairs)

Zambia is a landlocked country located in south Africa. The 752,618 square meter country has a population of approximately 16.6 million people.

Zambia was discovered by European explorers in the 18th century. It became a British protectorate towards the end of the 19th century. The region was then known as Barotziland-North-Western Rhodesia and North-Eastern Rhodesia. They merged to form Northern Rhodesia in 1911.

The region gained independence in October 24, 1964 and became known as Republic of Zambia.

One of the leading African countries in industry