Man breaks leg after fall from building in Madifushi 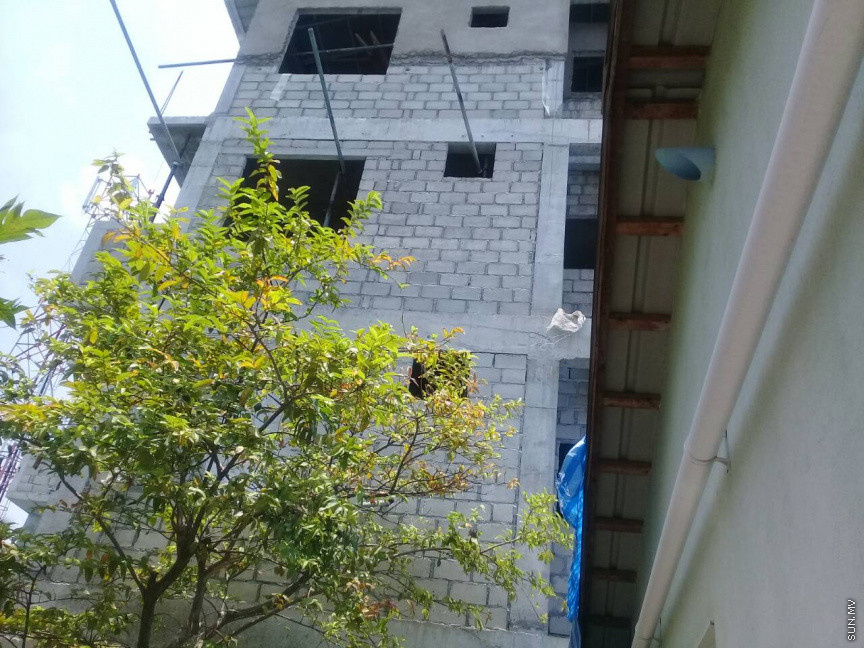 Building under construction in Th. Madifushi: Two people fell from the building on April 1, 2018. (Photo/Th/Madifushi Council)

A man broke his leg after falling from the third floor of a building in Th. Madifushi this Sunday morning.

Abbas said he hasn’t been informed of any injuries to the expatriate.

“A local broke his leg. He’s about 50 years old. The other person to fall was a Bangladesh citizen. He shows no sign of any external injury,” said Abbas.

The two people fell during construction work on a guesthouse.

Abbas said the local man has broken his leg up to his thighs, and is to be evacuated to Male’ City for treatment on a MNDF helicopter.

He said transportation has also been arranged to take the expatriate to Male’ City on a speedboat.