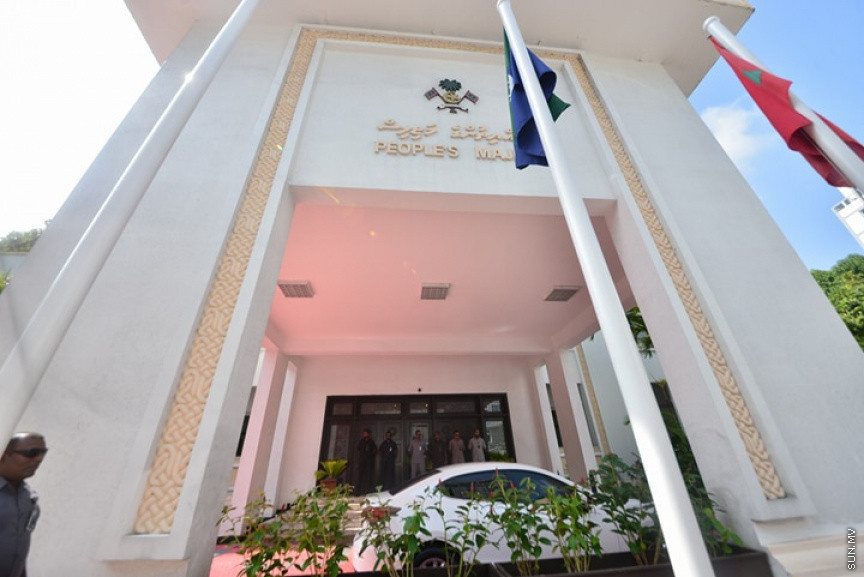 The amendment proposed to the Judges Act and the Anti-Defection Bill has been accepted and sent to the Committee on Independent Institutions of the People’s Majlis for deliberation.

Fonadhoo MP Abdul Raheem Abdulla’s amendments to the Judges Act was accepted by the People’s Majlis with the unanimous vote of all 36 present during the voting this Monday.

Second, the Speaker called a vote on accepting or rejecting the Anti-Defection Bill, submitted to the People’s Majlis by Vilimale’ MP Ahmed Nihan Hussain Manik, the leader of ruling Progressive Party of Maldives (PPM)’s parliamentary group.

The Bill was accepted by the Majlis with the unanimous vote of 35 lawmakers who participated in the voting.

North Kulhudhuffushi MP Mohamed Nasheed who participated in the vote on amendments to Judges Act, abstained from the vote taken on the Anti-Defection Bill.

Speaker Abdulla Maseeh Mohamed announced the two bills have been accepted by the Majlis, and will be sent to the Committee on Independent Institutions for deliberation.

Lawmakers debated on the two bills during the Majlis sitting this Monday morning. The sitting was boycotted by opposition lawmakers.