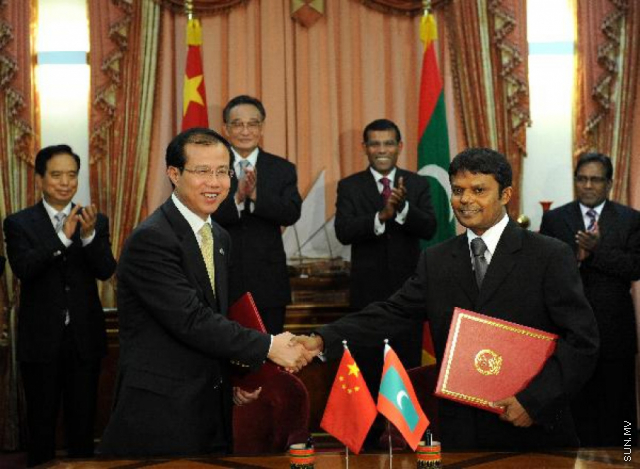 Chinese Embassy in Maldives has said that the Chinese projects in the Maldives criticized by the former Maldivian President, Mohamed Nasheed, began during his Presidency and raised the question as to why the former President is opposed to it and creating tension between the two countries.

Following the ex-President Nasheed's press in Sri Lanka, the journalists present asked whether he was opposed to the investments but Nasheed responded that he is not opposed to investments from any country.

Spokesperson of the Chinese Embassy in Maldives, Yang Yin, said that China and Maldives jointly build the Belt and Road Initiative under the principle of wide consultation, joint contribution and mutual benefit, which benefits the people of the two countries and accords with the interests of two peoples. And the Maldivian people would soon benefit from the bridge project.

"The Chinese side sincerely hopes Mr. Nasheed to have a clear picture of the situation and view China-Maldives cooperation in an objective, fair and balanced way, and stop making false remarks. It is also hoped that Mr. Nasheed could proceed from a long-term perspective and do more positive contributions to the development of the bilateral relationship." The statement said.