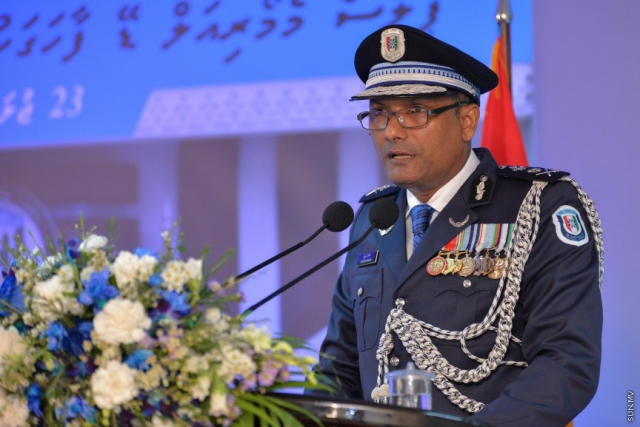 Authorities have held former Commissioner of Police Ahmed Areef’s passport, barring him from travelling out of the country.

Reports Areef’s passport has been held has been confirmed to “Sun”. But the reason behind the travel ban is unclear at this point.

Maldives Immigration responded to calls by “Sun” for a comment with the reply that the authority was not at liberty to disclose such information to the media. But the authority did not deny the reports.

Areef was dismissed from Maldives Police Service on February 2.

Attorney General Mohamed Anil reported to the media that he was dismissed for refusing to answer President Abdulla Yameen Abdul Gayoom’s phone calls, during the political turmoil created with the surprise Supreme Court order for the immediate release and retrial of nine politicians, and the immediate reinstatement of 12 parliamentarians on February 1.

The Supreme Court has since annulled the order for release of nine politicians, and the original court order has been declared part of a coup attempt to overthrow President Yameen’s administration.

PPM: Pro-Yameen Twitter accounts suspended “because they couldn’t swallow it”