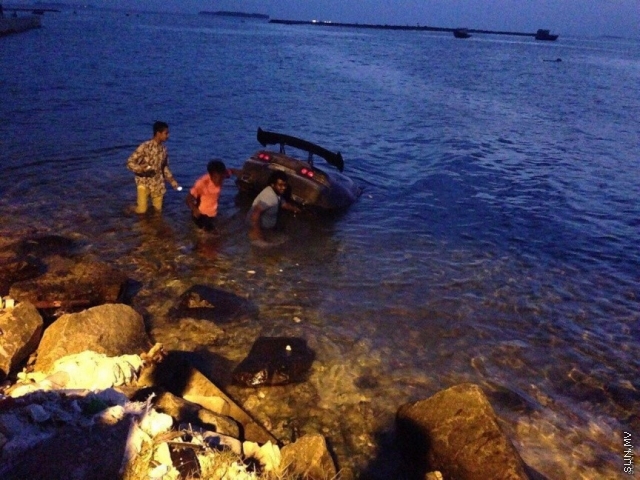 A car being driven in Dhaalu Meedhoo has lost control, causing it to go into the sea.

A man from Meedhoo told Sun Media that the incident took place at dusk today at the jetty on the southern side of the island and the vehicle had three people including the driver. While the car fell into the lagoon, all three people inside managed to survive without any major injuries.

The man said that the person driving the vehicle at the time of the incident does not have a driving license and so lost control and went over the jetty.

He said that area where the car fell is a deep area but the vehicle initially made contact in the shallow area allowing all three to escape the car before it went under. The vehicle is now about 20 meters under water.

Sources say that the vehicle involved in the incident today is a sports car owned by a private citizen.

Police Media Official, too, has confirmed the incident to Sun Media.