Talks begin to select one candidate from the opposition 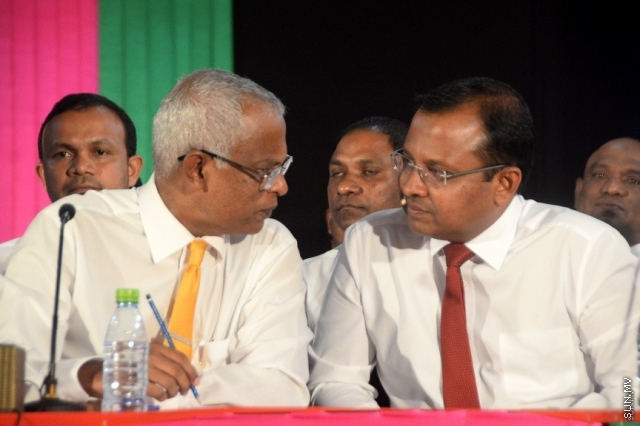 The united opposition coalition has started the discussions to select one candidate to represent the opposition in the upcoming Presidential Election.

The talks began today at the main office of the Jumhooree Party (JP) at Maafannu Kunooz.

After the meeting today, the Deputy Leader of JP and the Vice Chair of the Discussion Committee to select one candidate, Abdulla Riyaz, said that today's meeting consisted of the discussion of the additions to the agenda by the parties.

A meeting of the Committee has been set for tomorrow as well.

Leader of the MDP Parliamentary Group and Chairman of the Committee, Ibrahim Mohamed Solih (Ibu) said that the main goal of the opposition coalition is not to discuss bringing a certain person to power but change the Presidency of President Abdulla Yameen Abdul Gayoom.

Aside from the leader of their parliamentry group, MPD has appinted their Chairperson, Hassan Latheef, to take part in the talks.

Adhaalath Party is represented by the head of their foreign relations and former Deputy Minister at the Gender Ministry, Shidhatha Shareef and Secretary General, Ahmed Shareef.