Home Minister: Customs must be taken as an exemplary institute 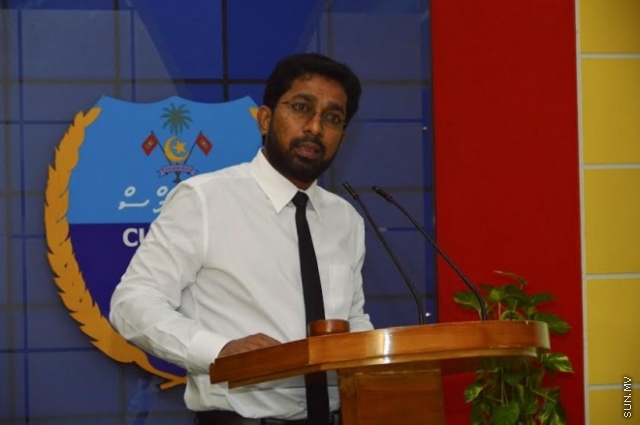 Home Minister and Minister of Customs, Azleen Ahmed has said that Maldives Customs Service is an exemplary institute to the other institutes in the country.

Speaking at the ceremony today to award certificates of commemoration to the Customs staff that prepared the Galolhu Stadium for the Independence Day event, Minister Azleen said that Customs is an institute with very capable employees.

The Home Minister said that it is an institute that has employees that celebrates national events with personal pride and always reliable outside the official duties of the institutes.

Azleen said that Customs is a “family” and building teamwork under such banners is something that needs to happen at every institute in the country. And he called to take the Customs Service as an exemplary institute.

Customs awarded certificated to 56 employees that were at the Galolhu Stadium to prepare the venue for the Independence Day event.

The certificates were presented by Minister Azleen and Commissioner General of Customs, Ibrahim Shareef Mohamed.

The Commissioner General also spoke at the ceremony today saying that numerous work would be done to develop the “One Family” spirit within the Customs Service.

Commissioner General Ibrahim Shareef said that Customs would always be in one spirit with kinship in national events and celebrations.