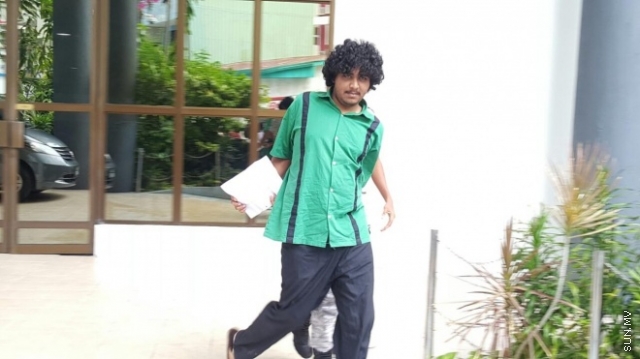 Ahmed Ashraf (Shumba Gong)’s family has filed a complaint with Human Rights Commission of Maldives (HRCM) over claims that he was tortured during captivity.

HRCM media official Hawwa Wajda confirmed that HRCM was investigating claims Shumba – who is being kept under arrest at jail – was tortured during his captivity.

A team from HRCM has already gone to Maafushi Prison to meet with Shumba regarding the claims.

Speaking in an interview with “Sun”, Shumba’s mother, Zaeema Abdul Rahman said that a “force” of Maldives Correctional Services officials had taken Shumba somewhere and poured hot water on him and then put him in ice water, after he destroyed a CCTV camera that was installed in the toilet of his cell, earlier last week.

“There are signs of torture on Shumba’s body. Human Rights Commission has also gone to Maafushi Prison and probed into what happened,” said Zaeema.

Shumba is being kept in prison after he was charged with threatening the life and property of ruling Progressive Party of Maldives (PPM) council member, Zahid Rameez from S. Hithadhoo on multiple occasions.

Criminal Court has ordered that he be kept under arrest until end of trial.

President: Will ask for India’s assistance if CMAG takes unfair action against Maldives