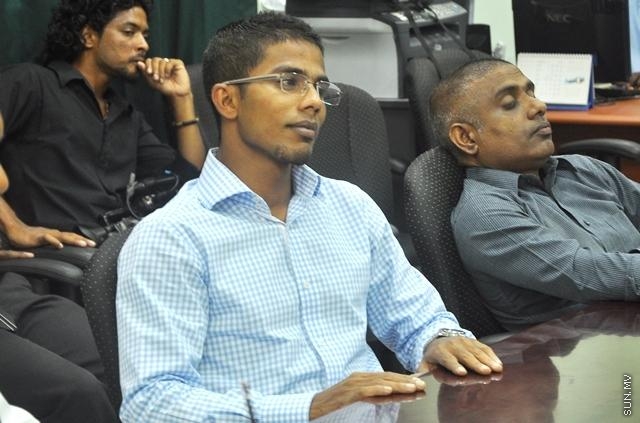 Members of Maldivian Democratic Party (MDP) has impeded the discussion of former President Mohamed Nasheed’s allegation that he was forced to resign, at Parliament’s Security Services Committee (241 Committee) today.

The case was submitted by MDP Vice President Alhan Fahmy.

The first meeting of 241 Committee, chaired by Maamigili MP Gasim Ibrahim, was scheduled for 11:30 today. Most members were present at first, however, members representing MDP walked out when the Chairperson asked for a vote on keeping the meeting confidential.

Chairperson Gasim waited five minutes for the members to return before ending the meeting.

Moosa opened the door to the room minutes before the meeting was brought to an end, and when Alhan asked why they have left the meeting, he replied, “so that the quorum is lost.”

Alhan told Sun after the Committee meeting that the fact that MDP members left the meeting is a clear sign that they do not want to investigate an issue which they themselves have raised. He expressed dismay over this.

“MDP members talk about this issue in public. But the fact that Ibu, Eva walked out, shows that they do not want to investigate the issue. This is sad,” Alhan said.

Out of all MDP members in the 241 Committee, only Alhan remained in the meeting.

Chairperson Gasim announced that the next meeting will be held at 21:00 on Sunday.