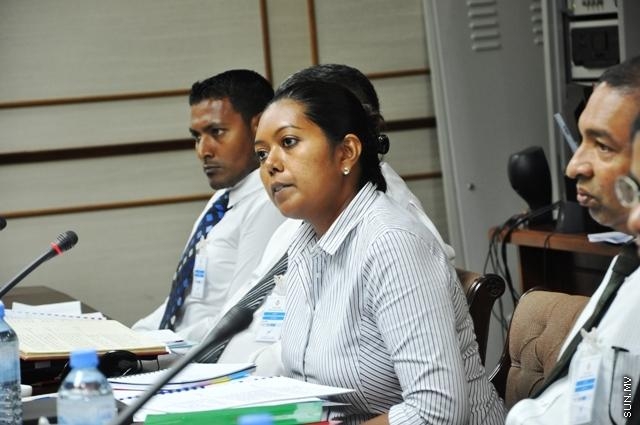 Police Integrity Commission has said that it does not believe that the Commission of National Inquiry (CNI) set up by President Dr Mohamed Waheed Hassan Manik is independent.

President of Police Integrity Commission Shahinda Ismail told Independent Institutions Committee today, while talking about the investigation into the activities conducted by members of Police and Defence Forces against the government on 7 and 8 February, that the Inquiry Commission does not have a ‘full mandate’ to investigate the change of government.

“At the stage, I personally do not believe that the commission was created with a full mandate to investigate the change of government,” Shahinda said.

When Ali Waheed asked if Human Rights Commission of the Maldives (HRCM), Police Integrity Commission, and Prosecutor General (PG) Office would cooperate with the National Inquiry Commission in order to prove their independence, only HRCM agreed to do so.

President of HRCM Mariyam Azra Ahmed said that HRCM would cooperate with CNI and provide the necessary information, if CNI requests that they do so.

Shahinda however said that as long as CNI is not independent, Police Integrity Committee will not collaborate with them.

PG Ahmed Muizzu said that rules do not give PG Office the authority to participate in investigations, and they will therefore not work with CNI.

Lawyer and Kulhudhuffushi Dhekunu MP Mohamed Nasheed also said yesterday that he does not believe that Inquiry Commission can conduct a complete investigation of the issue at hand.

Man detained in Dhoonidhoo hangs himself