Maldives in need of changes to avoid continuing on suicidal track, says President 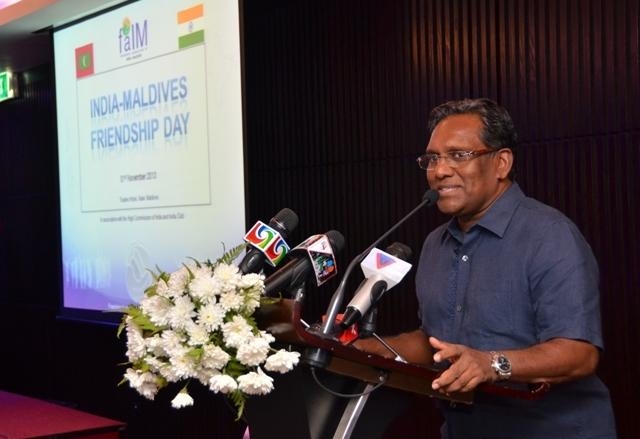 President Dr Mohamed Waheed Hassan Manik has said that Maldives is in need of changes, both to its constitution and the system of governance, to avoid continuing on a suicidal track.

The President made his statement while speaking at an event to celebrate the 48th anniversary of bilateral relations between Indian and the Maldives, organized by the Friendship Association of India-Maldives (FAIM) in Trader’s Hotel on Friday night.

Dr. Waheed said highly divisive and polarized politics has done much damage to the country, weakening the country's social fabric and fundamentals of the economy.

“We have discovered over a turbulent five years that the new constitution we adopted in 2008 is in need of major revision. We have found out that the political system we have introduced is in need of changes so that our nation will not continue upon suicidal track,” the President said.

He said the Maldives has come to another sensitive period in its history where the country’s resilience will be duly tested.

“We have now come to another very sensitive period where our resilience will be further tested. I appeal for your patience and continued support. I pray to God Almighty that we sail through this democratic transition smoothly and safely,” President Waheed said, speaking at the India-Maldives friendship day event.