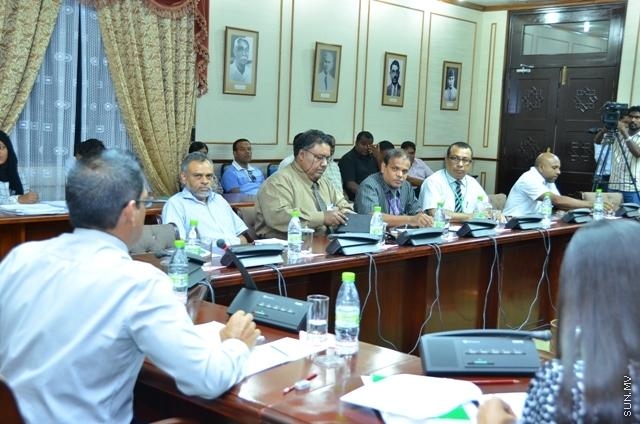 Certain inconstencies were strikingly noted between the statements by the member of the Elections Commission and the President of the Commission Fuad Thaufeeq, at the Parliament’s National Security Committee meeting today.

When Galolhu-South MP Ahmed Mahlouf asked if there were incidents of unregistered voters casting votes during last Saturday’s presidential election, Fuad Thaufeeq answered that no-one, who’s name was not included in the electoral register, had voted during the election.

“The opportunity to vote would not have been provided if the name was not on the list. That is how it is determined,” Fuad said.

However, in answer to the same question, Commission member Ali Mohamed Manik said that 11 people, who's names were not on the electoral register, had cast votes during the election.

“[In reply to] the honourable Member’s third question, that if a person who did not have his name on the list had cast a vote? Yes, some have. 11 people have voted this time,” Ali Mohamed Manik said.

Members of the National Security Committee also asked the commission of the issue where people on the Male’ Dhaftharu (Male’ general registry) were transferred under the names of individual addresses. Commission member Ali Mohamed Manik replied that the people who’s names were transferred had all been leasing places in those respective addresses, and that it does not mean that they have been permanently moved to those addresses.

He said that the commission was forced to transfer the people from the general registry because the Elections (general) Act explicitly states that each individual should be listed under an address.

The National Security Committee meeting was held to address an issue filed by the Elections Commission, where the Commission stated that Jumhoory Party’s rejection of the election results could raise hatred amongst the public, and subsequently lead to unrest, in which case, they would be unable to hold the second round of polls on the 28th of September.

Explaining the Commission's concerns, Fuad said that Jumhoory Party has not been able to substantiate their claims regarding the alleged inconsistencies of the first round of polls, and said that JP’s efforts will not change the results. He said that the police and the military have been duly notified of JP’s actions, following their rejection of the results.