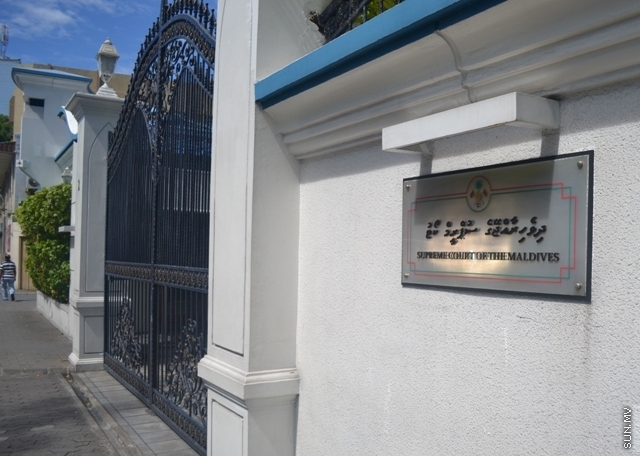 A local lawyer has filed a case in Supreme Court against the Elections Commission, just over a week before the presidential election polling day, scheduled for 7th September 2013.

The case was filed by a member of the Progressive Party of Maldives' (PPM) Appeal Committee, lawyer Ahmed Zaneen Adam. He filed the case on a personal capacity.

In his case, Zaneen has asked the Supreme Court for an order upon the Commission to allow an independent auditor to audit the Commission’s IT systems to ensure it is credible.

The case also argued that a lot of re-registration forms were submitted by different parties to allow their supporters to vote outside their permanent addresses and that it must be ensured that all such forms were properly processed.

Zaneen also asked the Supreme Court to order all security forces to ensure that the election does not face any undue influence, as required by the Constitution.

Zaneen’s case has now been accepted by the Supreme Court.

Bureau of Classification on strike over broken-down ACs