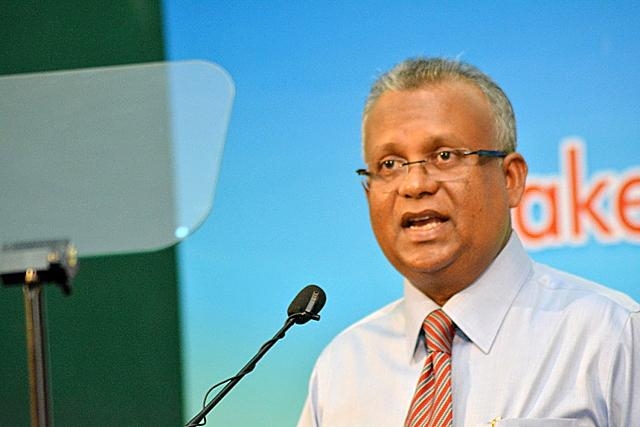 President Dr Mohamed Waheed’s running mate Ahmed Thasmeen Ali has said that no other presidential candidate’s team is as strong as President Waheed’s.

Thasmeen said this while speaking at a rally in Raa Dhuvaafaru last night, as part of the coalition’s ongoing campaign tour.

He said that the team behind President Waheed consists of capable people who can responsibly run the government.

“Considering the ongoing campaigns, it wouldn’t be an untruth if I said that no other candidate has a team as strong as the ‘Forward with the Nation’ team. You would see who are included in the teams, if you look at the front row during major ceremonies, and if you watch party rallies on TV and the people who speak on stage during these functions. I think that the team behind President Waheed consists of capable people who can responsibly run the government, even if they assume this responsibility tomorrow,” he said.

‘Forward with the Nation’ coalition returned to Male’ today, after visiting five islands in Raa Atoll on a campaign tour.