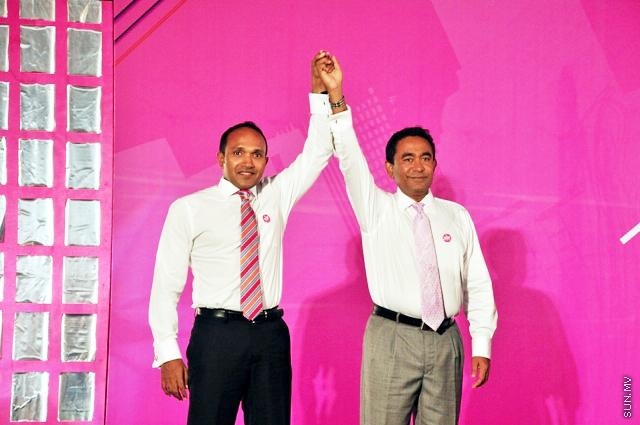 This was announced by the party’s Presidential Candidate Abdullah Yameen at a ceremony at Dharubaaruge tonight.

This comes after Dr Jameel was asked by the President’s Office to tender his resignation if he plans to act as running mate for another party.

Press Secretary of the President’s Office Masood Imad said that since the president himself would be running for office, it would create a conflict of interest to have a member of his cabinet as his rival candidate or rival candidate’s running mate.

He said that the government had not yet made a decision on this matter, and that it would make a decision based on Dr Jameel’s response when offices reopen after the weekend.

A senior official of the government said that the posts of Minister of Defence and Minister of Home Affairs are different, and persons holding those posts must show loyalty to the president.