Age of prosecution becomes a matter of contention 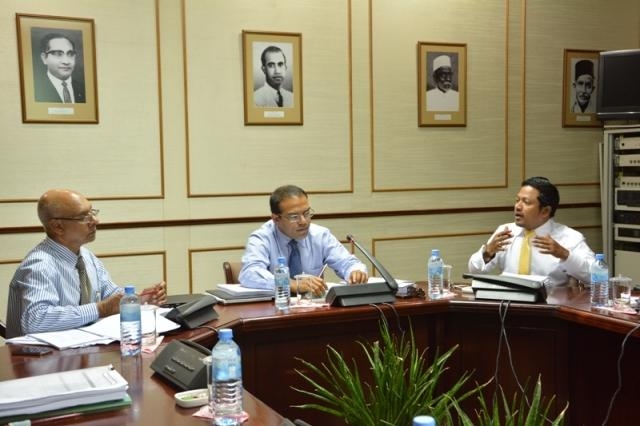 Foreign Ministry has contended Islamic Ministry’s comment to lower the age of prosecution for minors to 10 years form the age of 14 years, as currently stipulated in the Penal Code Bill.

Chairman of the parliamentary committee reviewing the Penal Code Bill, Bileidhoo MP Ahmed Hamza has said that even though international conventions state the age of prosecution for minors as 15 years, Fiqh Academy has asked the committee to lower the age to 10 years.

The paper submitted by the Fiqh Academy to the parliamentary committee states that the age for a minor to be advised to mend his ways for foregoing compulsory deeds is 10 years old. It also notes that statistics have shown the age of minors who commit offences in the Maldives to be of 11 years and above.

Prosecutor General (PG) however supports that the age be kept at 14 years, the age stipulated in the current draft of the penal code bill, said MP Hamza.

“We will decide on setting an age after reflecting on the conventions Maldives is party to, amongst other things. They are saying that the age given in the current penal code already poses some constraints. The PG in favour of it being kept as it is, as in the current penal code, at 14 years. Foreign Ministry has no objection to this either. But the Islamic Ministry is asking that it be lowered to 10. This is what we are discussing now,” Hamza said.

He also said that work on the penal code is almost complete and that they are currently debating on two issues; the issue of age for prosecution of a minor, and the clause that was recently added that states that a man convicted of a crime which has a penalty stipulated in the penal code shall carry out such a sentence. He said that the clause will see much debate from the members from the committee.

The Penal Code Bill has been submitted to the parliament on two different occasions and has been in parliament for 4 years.