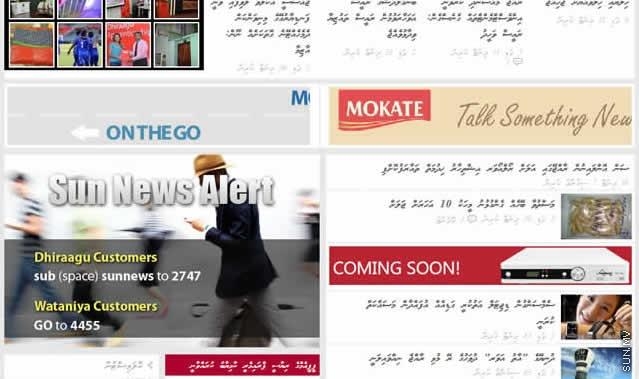 Sun Online has introduced its all new Roll-over Advertisement Service tonight, the first of its kind in the Maldives. The service was introduced to the website’s front and news pages.

“Roll-over advertisements will gain more exposure. We are issuing these slots from the site’s most prime locations,” Afzal said.

He said that the advertisements will appear after the website finishes loading and that it will disappear without being prompted.

Roll-over advertisement is a concept employed by some of the most popular sites around the world. The advertisements, which are permanently available on the website, will open and close at a designated time, and are incorporated into the site in such a way that they open and close on their own. The reader has to refresh the page if the reader wants to view the advertisement again.

Maldives will see the establishment of a DRP government this year: Thasmeen