Security has been increased in Male 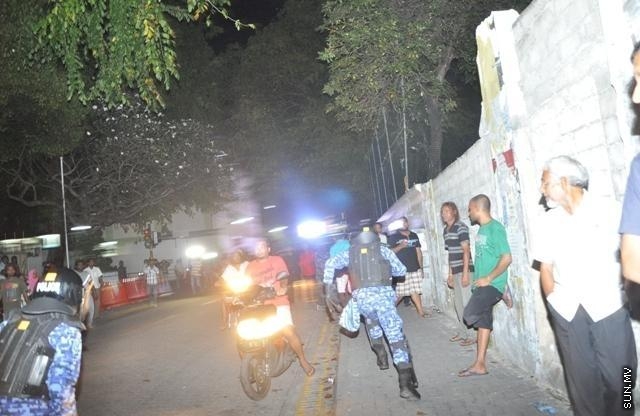 Police have said that they have increased measures of security around Male’ and the atolls. The Maldivian Democratic Party (MDP) has been staging continued protests in Male'.

Police said that even though nightly MDP protests have been taking place on the streets of Male’ since the 13th of this month, the measures to protect the public are in place and that they are continuing to patrol the streets as per regular routine. They said that Special Operations Police, Capital Police and Traffic Police are active in Male’ during the night Male’ City Police have increased their vigilance in Male’.

Police said that they have also taken measures to maintain peace and order in the atolls.

A number of people from the police and the public have been injured during the nightly protests staged by MDP. Some people have been taken under police custody for trying to create violence during the protests.

Police said that including a minor, nine people were arrested during last night’s protest and that minor has now been released.