Virus found in goat is not dangerous: CCHDC 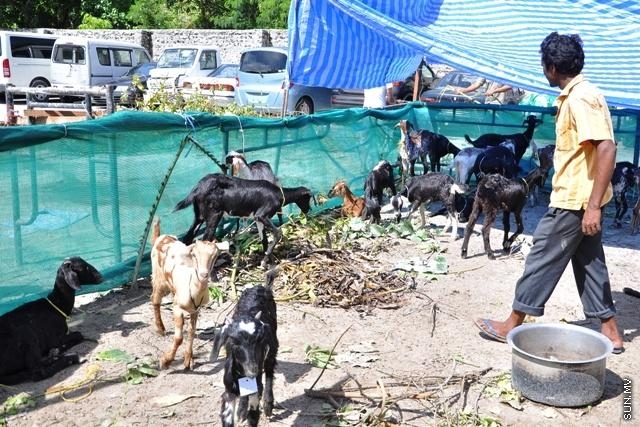 Centre for Community Health and Disease Control (CCHDC) has said that the Orf virus found in a goat in Thilafushi does not pose a great risk to humans.

Agriculture Ministry said on Monday that Orf is a dangerous virus. However, Epidemiologist at CCHDC Dr Aishath Aruna said that a human can only contract the virus by coming into direct contact with an infected goat. She said that it would affect the person’s skin, and could cause papules most commonly on the hand and that they will heal on their own.

“Humans can contract the disease from goats, by coming into direct contact with an infected goat. It’s not a dangerous disease. Only people who tend and rear goats are at risk,” she said.

Dr Aruna said that there have not been any reports of a goat herder contracting the disease, and that it will not be transmitted through eating the meat of an infected goat.

Agriculture Ministry, however, said earlier that a virus dangerous also for humans has been found in a goat in Thilafushi. They said that the disease can affect a person’s skin, eyes and men’s sexual organs.

Referring to the issue of goats being reared in Thilafushi, Dr Aruna said eating the meat of goats reared in an island where poisonous substances are handled could pose risks to humans. She cited Thilafushi Corporation and said that it is prohibited to rear goats in the island.

Thilafushi Corporation said that the island is used for industrial purposes, and that people who rear goats in the island do so without obtaining the necessary permits.