President Solih: Not okay with Yameen, no work to be done together 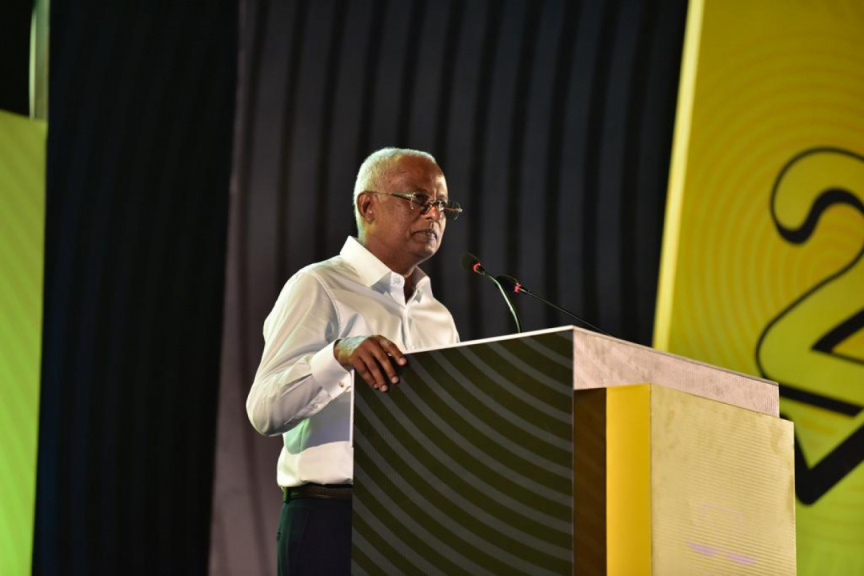 President Ibrahim Mohamed Solih, on Friday night, stated that he is not “okay” with the opposition leader, former President Abdulla Yameen Abdul Gayyoom – adding that there is no work to be done together.

Speaking at a campaign event for Maldivian Democratic Party’s presidential primary – President Solih stressed he would not collaborate with the opposition coalition on any political matters.

Speaking further, President Solih said that MDP has repeatedly endured threats and violence. He added that the party had already experienced what would happen if the biggest political party in the Maldives loses the race.

Noting that this was MDP’s first opportunity at a second term – the President urged the public to utilize this opportunity. He also expressed readiness to undertake the challenge.

“I am ready. I will hopefully win by a marginal difference. There is no doubt about that. This place alone finishes it,” he said.

He also detailed the successes of his administration during his remarks, alongside the projects presently underway and projects planned.

MMPRC exhibits the Maldives at Fitur 2023