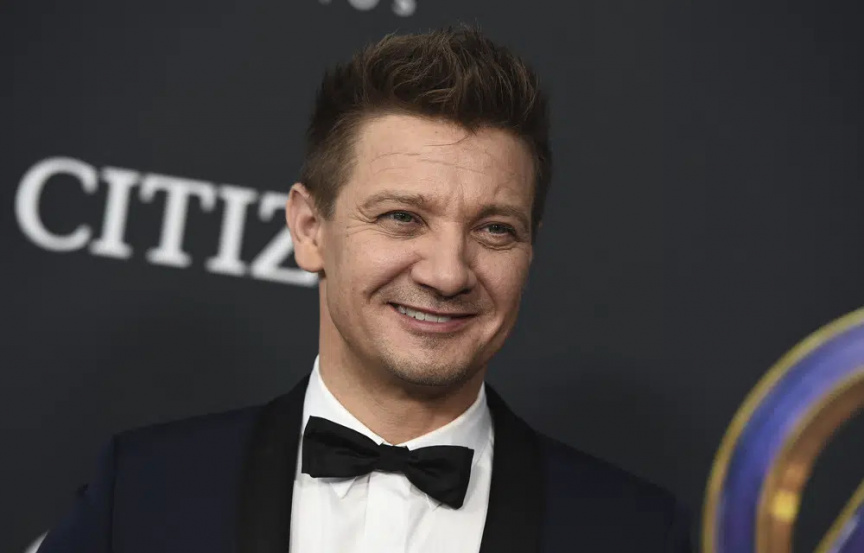 Jeremy Renner arrives at the premiere of "Avengers: Endgame" at the Los Angeles Convention Center on Monday, April 22, 2019. (Photo by Jordan Strauss/Invision/AP, File)

LOS ANGELES (AP) — Actor Jeremy Renner says he is out of the hospital after being treated for serious injuries from a snow plow accident.

In response to a Twitter post Monday about his Paramount+ TV series “Mayor of Kingstown,” Renner tweeted, “Outside my brain fog in recovery, I was very excited to watch episode 201 with my family at home.”

Renner was run over by his own 7-ton Pistenbully snow groomer in Nevada while trying to use it to free a relative’s vehicle on a private road near Lake Tahoe on New Year’s Day, authorities said.

The accident left him in critical condition with major chest trauma and other injuries, according to a Renner representative.

Authorities are still investigating but have said there were no signs that Renner was impaired and no indication of any foul play.

The 52-year-old two-time Oscar nominee plays Hawkeye in the Marvel Cinematic Universe and has a recurring role in the “Mission Impossible” franchise.