Nasheed: Calling ‘India Out’ is the only issue with Yameen 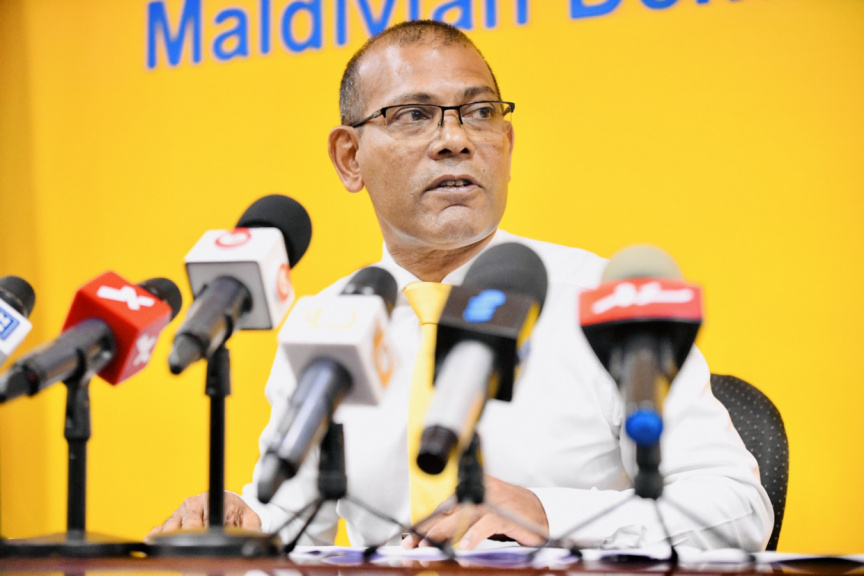 Speaking at a press conference on Monday, Nasheed said that he does not view Yameen so vastly politically indifferent – adding the only difference in ideology they have as the ‘India Out’ campaign headed by Yameen.

“As I believe, President Yameen is an intellectual. An academic. A well-aware person with a vision. I do not believe him to be so indifferent. I have been repeated telling PPM members that this is the only difference in opinion we have; ‘India Out’. To let go of this,” he said.

Emphasizing the longstanding strong bilateral relationship between Maldives and India – Nasheed described the ‘India Out’ campaign as a shameful act which should not be an ideology of a developing country such as the Maldives.

During the press conference – Nasheed strongly urged Yameen to let go of the ‘India Out’ ideology.

‘India Out’ is a campaign launched by the opposition coalition calling for the removal of Indian military personnel allegedly stationed across different regions in the Maldives. The coalition held a large number of demonstrations as part of this campaign last year.