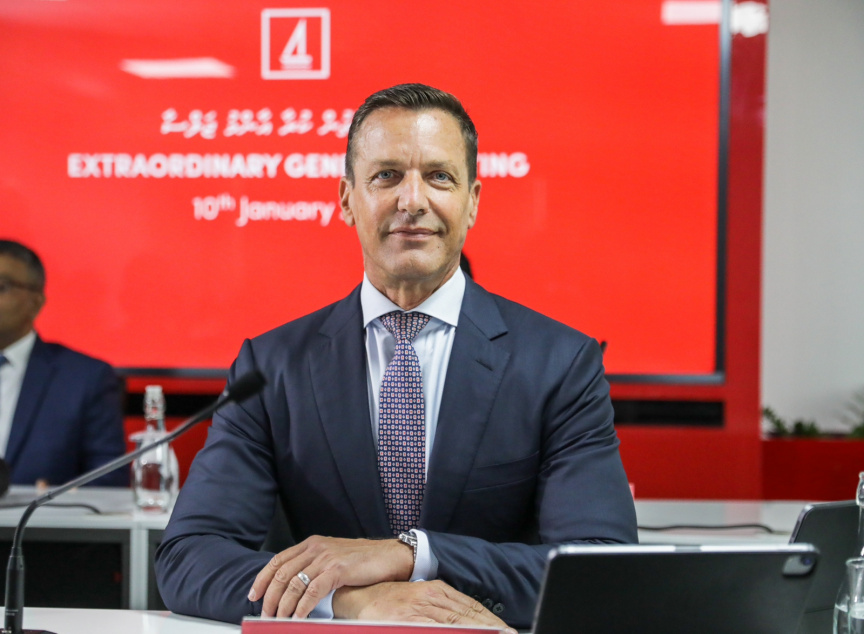 Bank of Maldives (BML), on Tuesday, announced the appointment of the bank’s current CEO Karl Stumke as the new Managing Director.

He was appointed by the government to the Board of Directors during a board meeting held following the extraordinary general meeting on Tuesday.

Stumke has over 36 years of experience leading retail and corporate banks at executive and board level in the Middle East, Africa, Indian Oceans and the United Kingdom.

He most recently served as CEO of Al Ahli Bank of Kuwait in United Arab Emirates, prior to his appointment as CEO of BML.

Stumke joined Al Ahli Bank of Kuwait as the General Manager of its International Banking division in 2010 where he oversaw a wide corporate portfolio before being appointed as CEO of their UAE operations in 2017. Prior to joining Al Ahli Bank of Kuwait, Karl held the position of Regional Corporate Director at Bank Muscat International Bank in Bahrain and was responsible for its corporate, commercial, SME and Islamic banking propositions. Karl was also the Regional Managing Director, Indian Oceans at Barclays Bank Mauritius.

He is an associate of the Chartered Institute of Bankers (South Africa), holds a Bachelor’s Degree in Accounting Science from the University of South Africa and has completed executive programs in France, Switzerland and South Africa.