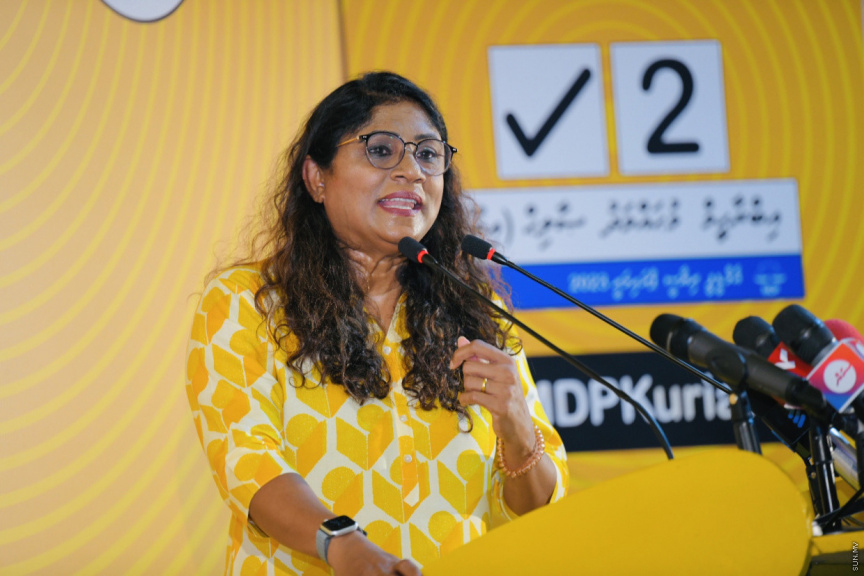 MDP’s leader Mohamed Nasheed’s campaign team, in a statement earlier on Friday, remarked that many of the party’s members were concerned over the re-emergence of many things which MDP members and its supporters had voted to change in 2018.

The statement by Nasheed’s campaign team calling on to stop threatening employees claimed to have received complaints from supporters of Nasheed working at different government offices being transferred to islands other than their resident island for their jobs.

It was claimed in the statement that this was being done to deprive them of having the opportunity to cast their vote on voting day, and to refrain them from campaigning for Nasheed in their islands.

Refuting the allegations, Minister Mariya described MDP as a people’s party that did not cower when faced with job security. She added that allegations of job security were a mockery to the resilient members of the party.

Nasheed’s campaign team expressed concern over the re-emergence of such acts, they described as unprogressive.

Citing these as undisputed facts by the members of the party – Nasheed’s campaign team emphasized that MDP was a political party that respected the fundamentals of democracy which worked to uphold human integrity. Therefore, they called on the government and state-owned companies to refrain from threatening employees.

MDP’s upcoming presidential primary - scheduled for January 28 - has deepened the divide within MDP comprising of two factions; one which are supporters of Nasheed while the other are supporters of President Solih, who are both contesting in the primary and have kicked off their respective campaigns.