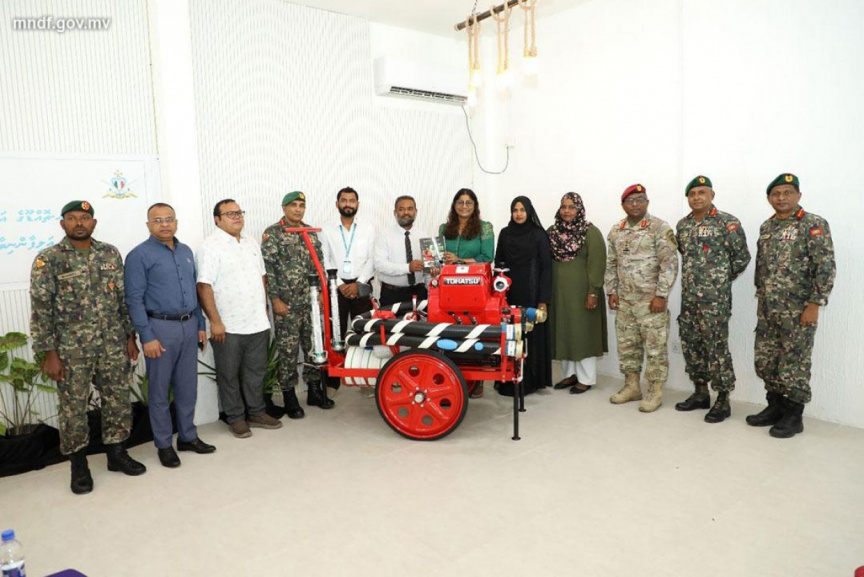 MNDF presented a fire extinguishing pump system to the council of Thoddoo. (Photo/MNDF)

“Island Response Team” was inaugurated in AA. Thoddoo on Saturday.

The Defense Minister, Mariya Ahmed Didi, was the guest of honour at the ceremony and presented the pump system to the council of the island on behalf of Maldives National Defence Force (MNDF).

The island response team that was established in Thoddoo comprises people that completed the community volunteer firefighters program held for the people of Thoddoo between 12 and 18 November by the MNDF Male’ area command and MNDF fire and rescue service.

The participants that completed the program were presented certificates by the Defense Minister.

There was a class on what to do to prevent fire incidents in homes for 80 parents of AA. Thoddoo school, as an addition to the program.