Ophthalmology Unit established at B. Atoll Hospital with equipment donated by tourist 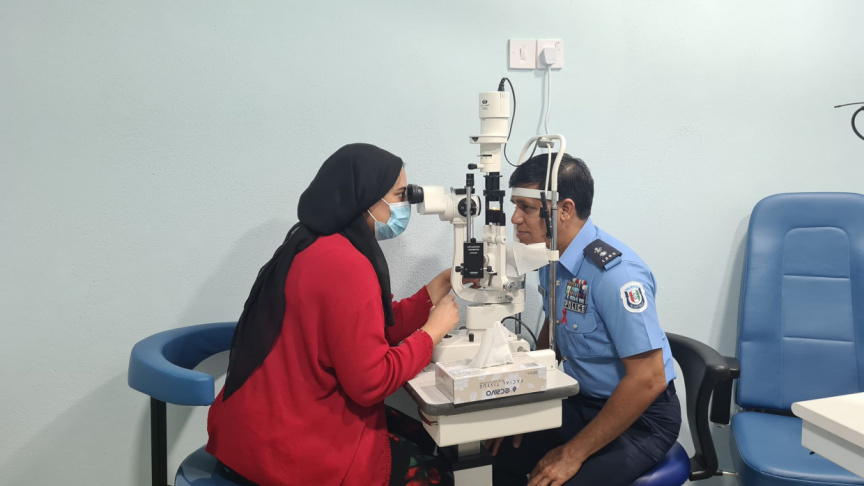 Ophthalmological services have been officially inaugurated at Baa Atoll Hospital based at B. Eydhafushi with the establishment of an Ophthalmology Unit.

Baa Atoll Hospital’s Manager Mohamed Rasheed told Sun on Friday that an Ophthalmologist was brought to the hospital during June of this year, whereas the doctor began to treat patients in July.

At this time, Rasheed said that the hospital was lacking the necessary resources to provide ophthalmological services adequately. However, he said services were improved slightly following a donation of some equipment by Kulhdhuhffushi Regional Hospital.

“Those are equipment donated by a tourist who came to Soneva Fushi last year. Because of the care and kindness rendered to the tourist by this hospital’s staff, especially the nurses, when admitted here (the tourist) wanted to give gift,” he had said.

He added that quality ophthalmological services were presently being provided at the hospital with the donated equipment.

A Dialysis Unit was established at Baa Atoll Hospital in October as well.