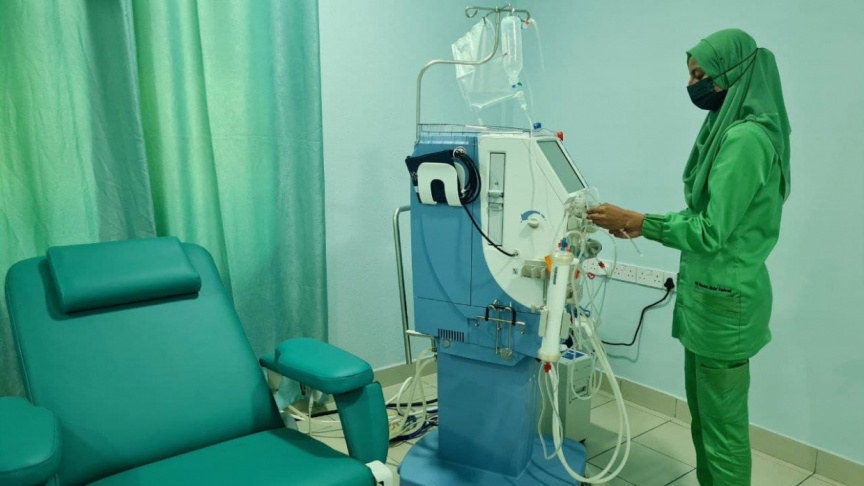 A Dialysis Unit has been established at Baa Atoll Hospital situated in B. Eydhafushi, effectively launching the service of dialysis at the hospital.

An official from Baa Atoll Hospital said that they would start treating patients in the first week of December.

Although the hospital initially planned to launch the service mid-year – they were unable to, as they required more time to train staff.

Baa Atoll has a large number of patients requiring dialysis. In this regard, there are over 15 patients across different islands in the atoll that require dialysis.

As the service had not been available in Baa Atoll prior to this – residents of the Atoll had to travel to R. Ungoofaaru Hospital and HDh. Kulhudhuffushi Hospital to acquire the service. Therewith, Baa Atoll Hospital believes that the launch of the service at the hospital will decrease expenditure by patients from the atoll undergoing dialysis for kidney problems.

MVR 1B left in budget for recurrent expenses this year