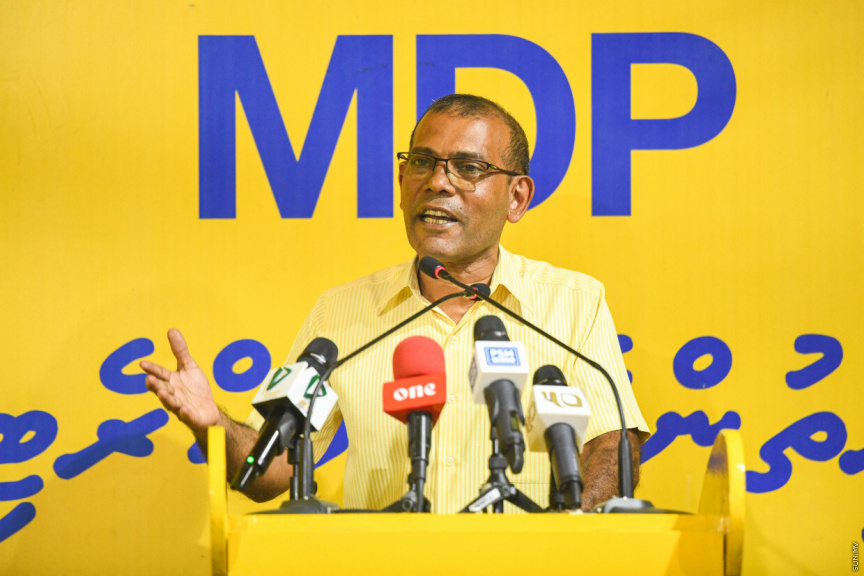 He made the comment in a tweet after India provided a USD 100 million loan as budgetary support to Maldives earlier Tuesday.

Nasheed said that while the assistant is great assistance, it is only a temporary fix to the country’s depleting foreign reserve.

“The USD 100 million loan from the Indian government as budget support to Maldives is a great and timely assistance. This is a temporary fix to the depleting foreign reserve,” he said.

Nasheed thanked India for its assistance.

The USD 100 million assistance is provided through a treasury bond sale to State Bank of India (SBI) Male’.

Nasheed’s tweet thanking India comes after he repeatedly warned the sale of T-bills and bonds by Maldives without renegotiating its existing debts will prove burdensome in the future.

Commenting on the Public Accounts Committee’s decision to extend the period the government is authorized to overdraw from the central bank’s public accounts last week, Nasheed said the repayment of loans taken from various financial institutions has become the government’s greatest challenge.

According to the Indian High Commission, the USD 100 million loan was provided in response to a request made by Maldivian President Ibrahim Mohamed Solih during a meeting with Indian Prime Minister Narendra Modi during his visit to India back in August.

Statistics released by Maldivian Foreign Ministry shows the debt from sale of T-bills and bonds currently stands at MVR 65 billion.