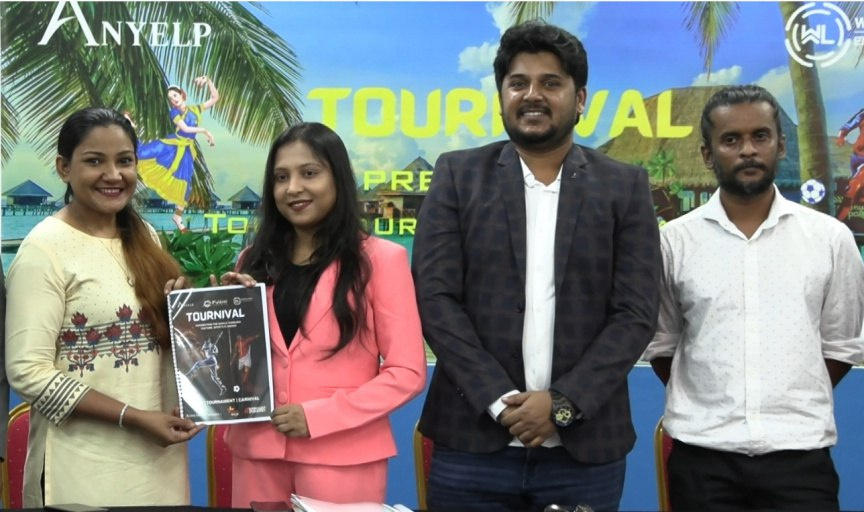 Maldives is set to host an international celebrity tournament and film carnival, that will feature celebrities from Maldives and India.

The event – titled ‘Tournival’ – is organized by India’s Anyelp, in association with the Maldivian Film Association.

Tournival was announced in a ceremony attended by top officials from Anyelp and Maldivian Film Association on Monday.

Mohamed Zakir Hussain, cofounder of Tournival, told Sun the Tournival will be an exciting event with celebrities, and the first such international event with movie stars from Maldives and India.

“Tournival is a celebrity event. It will involve many activities, including entertainment activities with celebrities from the two countries, a football match, and more. One of the main reasons for such an event is to exchange experiences of the movie industries and culture,” he said.

The Tournival reflect the close bonds between the two countries, he said.

Zakir said an expo will be held during the Tournival, which will be participated by Indians from different sectors including education, entertainment, and health.

He said the expo will feature health institutions in New Delhi, Bangalore and Mumbai, who will present packages.

Pooja Shri, cofounder of Tournival, said over 25 artists from India will perform at the launch of the Tournival.

“The opportunity for the Maldivian movie industry to participate in an international event such as this will no doubt boost this industry,” she said.

Maldivian Film Association’s secretary-general Mohamed Manik said he was delighted at the opportunity, and said it would facilitate the work to elevate the Maldivian movie industry to international standards.

“This event will facilitate opportunities for actors in the Maldivian movie industry and the people working behind the camera. Training programs will be held for actors, cameramen and directors,” he said.

Anyelp held Tournival Celebrity League 2022 in Bangalore on October 14. The Maldivian government and movie industry were invited to the event.

Sun Siyam Media is the exclusive media partner of Tournival.