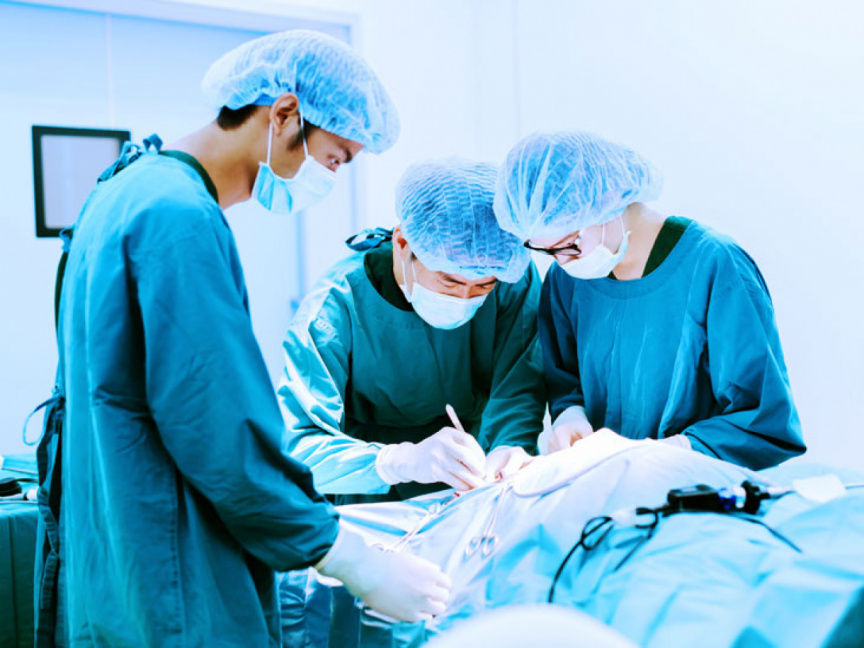 Doctors performing a procedure on a patient. (Photo/Healthline)

Health Ministry, on Tuesday, revealed that they are in discussion with Maldives Immigration regarding measures that can be taken with respect to expatriate doctors recruited to work in the Maldives fleeing.

Cases of expatriate doctors recruited to work in Maldivian hospitals fleeing without notice surface here and there – with the most recent case coming from Naifaru-based Lhavniyani Atoll Hospital.

The only surgeon working in Lhaviyani Atoll Hospital, a Cuban man, fled on November 20, after working in the hospital for approximately five months. His departure without prior notice has resulted in the hospital not having a surgeon, disrupting its operations.

Commenting regarding the matter, State Minister of Health Ahmed Adhil told Sun on Tuesday there have been recent cases of expatriate doctors fleeing. He added that discussions were presently underway with Maldives Immigration, regarding measures that can be taken to combat the issue.

Adhil underscored that the passports of expatriate doctors arriving in the Maldives for work were previously under Health Ministry’s possession. However, he said changes to the law later dictated that each person must possess their own passport as part of their human rights.

“Because of the way it is now, for example, they come to Male’ and just leave. Thus, we are searching for an alternate way to handle this, which can only be done by discussing it with other government authorities. This issue has been noted by us,” he had said.

Speaking further, Adhil said he could not specify what exact action will be taken against doctors fleeing at the moment – adding that the decision can only be made with recommendations and advice from Immigration.

He emphasized that a permanent solution to the problem can only be attained after discussions with stakeholding ministries as well.

Adhil said that announcements seeking doctors of different specialties are frequently made. Describing the process of bringing the doctors to the Maldives as extremely lengthy – he said that efforts were underway to recruit doctors for health facilities that are short of doctors.

He detailed that announcements are usually made for 30 doctors, whereas interviews are held almost weekly.

“Although a doctor is recruited within a month’s time, it takes a couple of weeks for them to arrive in the Maldives. Such things require time,” he had said.

Nevertheless, Adhil reiterated the Ministry’s commitment to arranging doctors for hospitals and health centers that are short of doctors at the earliest.