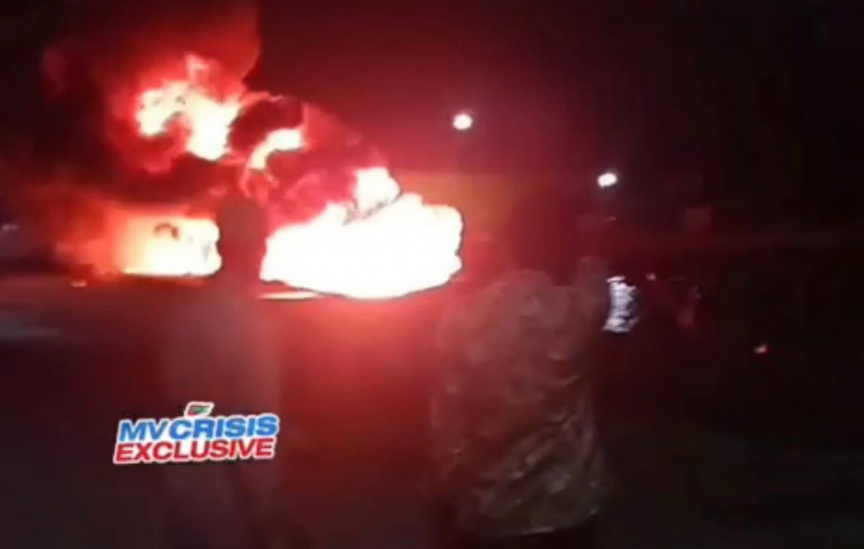 A fire has broken out on board two boats in the harbor of Th. Vilufushi.

Jabeen said that both boats belong to a resident of Vilufushi.

He said the fire has yet to be contained, and continues to spread.

“The cause of the fire is unclear at this point,” he said.

Jabeen said the fire broke out in one of the boats just as a crew member, a migrant, disembarked after cooking a meal.

He sustained burns to his hands, he said.

Vilufushi Council to sponsor a resident for hajj yearly