Maldives to put forth candidatures to UN Security Council, Economic and Social Council 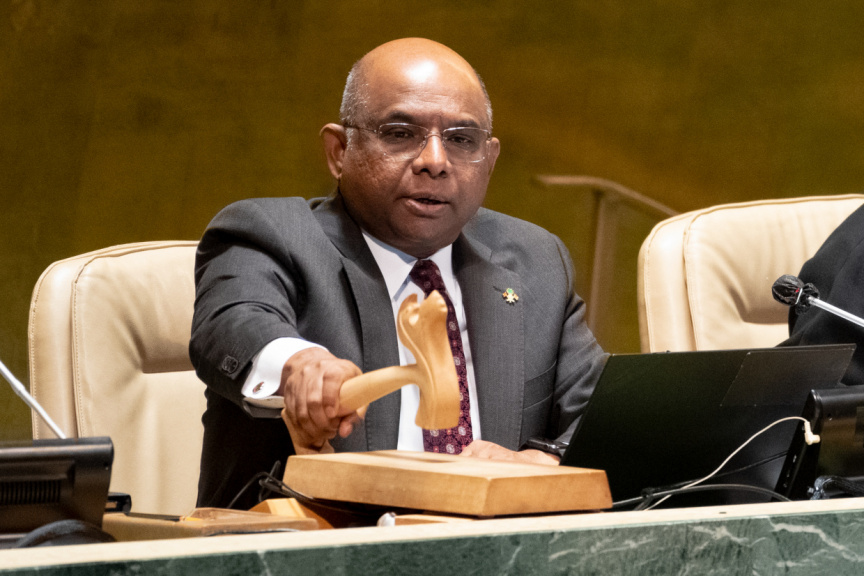 In this regard, Maldives will be competing for membership as a non-permanent member of UN Security Council for the term 2033 – 2034, and membership of the United Nations Economic and Social Council, for the term 2027-2029.

If successful, it would mark the first time Maldives becomes a member of both principal organs of the UN.

Foreign Ministry states that the decision to contest in both elections stems from the administration’s commitment towards strong international engagement in the multilateral arena, as a responsible member of the international community.

They exampled that since 2018 – Maldives gas successfully competed for elections to the Presidency of the seventy-sixth session of the UN General Assembly, and the United Nations Human Rights Council, for the term 2023-2025.

Foreign Ministry emphasized that despite small island developing states (SIDS) such as the Maldives being under-represented across the UN – Maldives has consistently demonstrated that even the smallest of countries can make meaningful contributions at the highest levels of decision-making.

The Ministry states that the government is confident in the country’s ability to significantly contribute to global discourse on international peace and security and sustainable development.

UN Security Council is the principal organ of the UN-mandated with the maintenance of international peace and security – and also the highest decision-making body in the international system.

Economic and Social Council is the principal organ of the UN-mandated with the implementation of the Sustainable Development Goals (SDGs) as well as the coordination, policy review and formulation of recommendations on all economic, social and environmental matters.