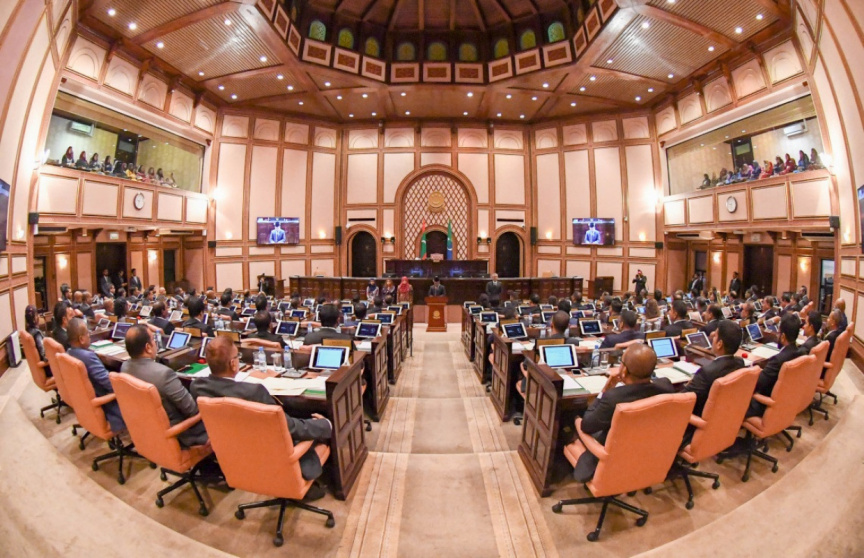 Parliament has decided to release information regarding the balance in state’s reserves.

Parliament Speaker, former President Mohamed Nasheed announced the decision during the parliamentary sitting Tuesday, responding to a letter he received from Maduvvari MP Adam Shareef Umar, seeking to ascertain that Maldives has the financial capacity to import essential products such as fuel, staples and medical supplies until the end of 2023.

Adam Shareef also asked that the Parliament obtain the exact balance of the foreign reserve as of the end of October, before the passage of the 2023 state budget.

Nasheed said Tuesday that he knew the balance of the official reserve, and would release the information.

"As it happens, I know the figure. So, I can let you know, honorable MP. Or I can send a letter to MMA governor and get the figure. Or I could tell you how to calculate usable reserve from gross reserve,” he said.

Adam Shareef wrote in his letter that government expenditure and budget deficit of the last four years had significantly increased. He accused the government of corruption, wastage, and mismanagement of public finances.

He also accused the government of failure to release accurate information regarding the state of Maldives’ finances, and said it was a matter of great concern to the people.

As Maldives’ debt rises year by year, the people are worried the country does not have the financial capacity to import essential products such as staples and fuel, he said.

Nasheed said he would clarify the information he was seeking.

The letter follows remarks by Nasheed during Monday’s parliamentary sitting, when he said Maldives’ foreign reserve was concerningly depleted, that the country did not have the funds to cover essential needs in the coming weeks and months, and was headed towards bankruptcy.

Finance Minister Ibrahim Ameer responded on Twitter on Monday afternoon that people in responsible positions were making deliberate attempts to create a negative image regarding the Maldivian economy to fulfill various political purposes.

“Talk of Maldives going bankrupt is nothing new. Different people are engaging in these talks for different political purposes, to weaken the government, and to diminish and muddy the achievements and progress we are making despite the challenges we have been facing,” he said.