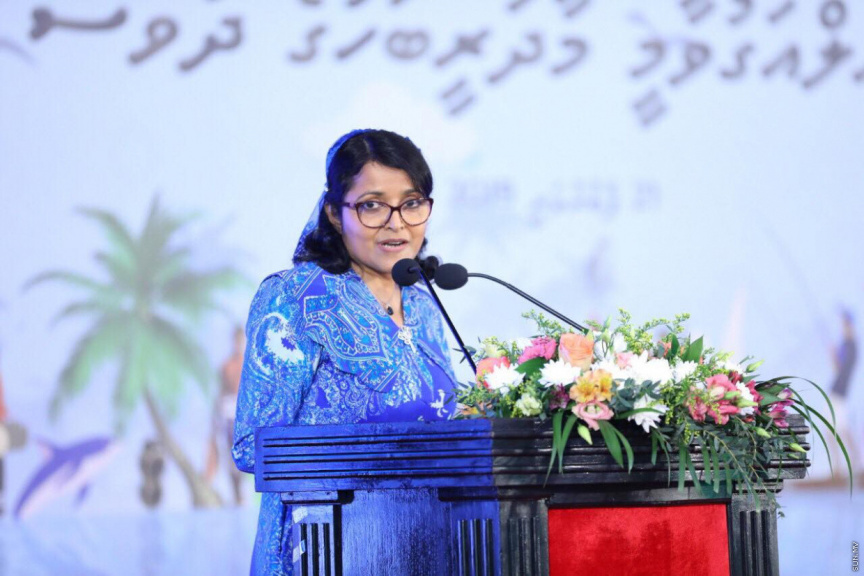 Minister of Arts, Culture and Heritage Yuma Maumoon on Wednesday revealed that they were working towards reopening Olympus Cinema after completing renovations.

The cinema door closed during the global pandemic Covid-19 in 2020, and this year in March, renovations commenced. However, the work has yet to be completed.

During the Parliament session held on Wednesday, MP for Makunudhoo constituency Mohamed Raee questioned Minster Yumna regarding the delays in reopening Olympus.

Responding to this, she said that the delays were due to the operator saying they can no longer complete the project after a while.

Hence, they needed to find a new contractor who would be able to bring the materials needed said the minister. She added that most of those materials have now been brought.

Speaking about the new upgrades, Minister Yumna said that there will be digital cinema projectors, stage lighting and sound systems needed for music shows, stage drama and other shows.

Furthermore, she noted that a café area will be developed, where artists will be able to express and exchange ideas.

“There will also be screens kept to advertise the different activities held at Olympus.

National Centre for the Arts (NCA) which oversees Olympus Cinema most recently said that services will recommence with modern equipment by the end of this year’s September.

In addition to the general public, some of the local artists have expressed concerns over the delays in reopening the only cinema in Maldives dedicated to Dhivehi films.

Olympus Cinema is being upgraded with a grant issued by the Indian government for ‘High Impact Community Development Projects'.

The grant agreement between Maldives and India was signed on October 21, 2021.

The Cinema in Male’ City is 67 years old – first having begun screening films in 1957.

Heritage Minister: Dialects must be protected

"Dhiveh needs to be ‘friendlier’ with with technology"

Govt. grant scheme for artists to be unveiled soon