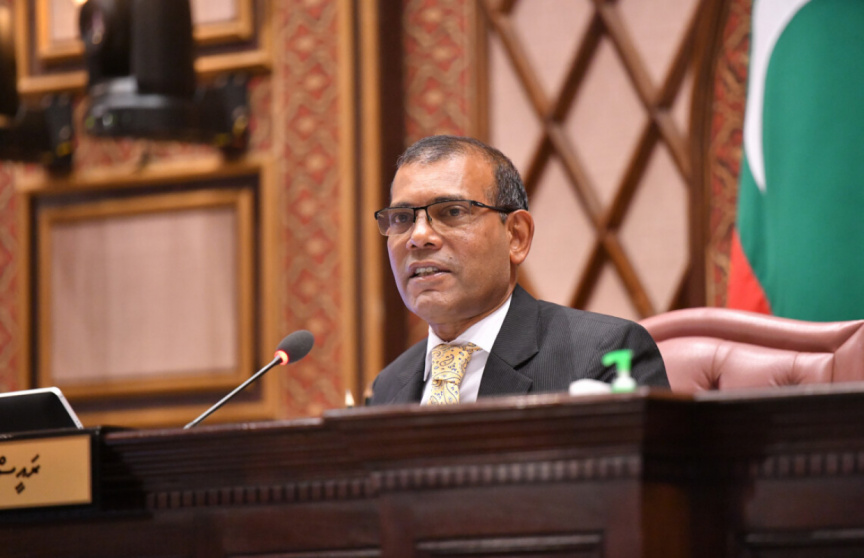 Parliament Speaker Mohamed Nasheed, on Wednesday, remarked that the government must acknowledge that its tax hike bill was passed by the parliament with a small difference in votes.

Speaking at today’s parliamentary sitting after the tax hike bill was passed by the votes of 55 members – Speaker Nasheed said that although the bill submitted by the government was passed as proposed – it was only by a small difference in votes.

“Bills involving such laws require a large quorum. The bill submitted by the government has been passed today. No one will doubt this. Nevertheless, as I believe, the government will acknowledge that it was passed by a small difference,” he had said.

Speaker Nasheed expressed hope that the government would perceptively consider the points raised by the parliamentarians who were in favor of the bill when enforcing the law, upon ratification.

A total of 88 members were in attendance at today’s parliamentary sitting – from which 55, the majority, voted in favor of the bill. Only 26 members had voted against the bill.

An uproar erupted at the parliament floor when vote was asked for the bill. Some members had stood up, making loud noises. Opposition Naifaru MP Ahmed Shiyam and Mahibadhoo MP Ahmed Thoriq (Tom) and members supporting Parliament Speaker Mohamed Nasheed in MDP’s feud had protested during the voting.

Voting on the bill was delayed for two days, having been scheduled on agenda in the previous two sittings.

Those that voted in favor of the bill are members supporting President Ibrahim Mohamed Solih in MDP’s feud.