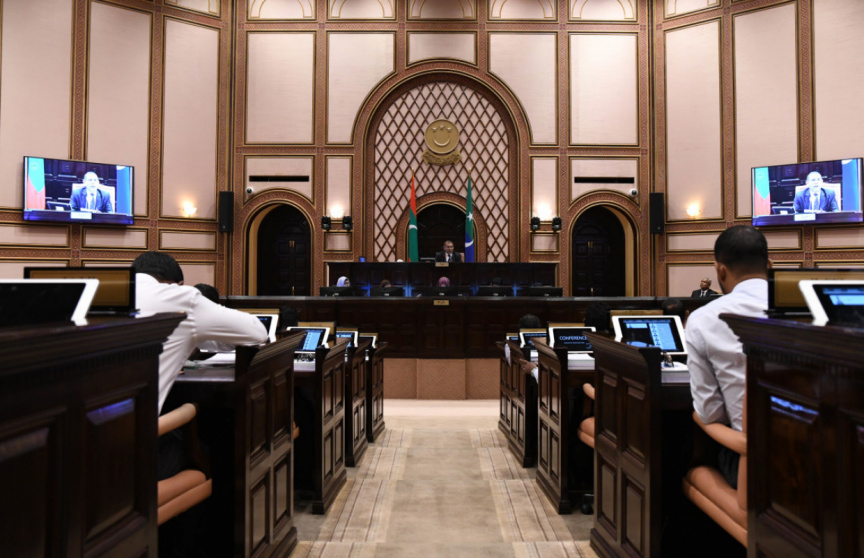 The bill was submitted by Ihavandhoo MP Mohamed Shifau on behalf of the government – which was designed to raise the GST from 6 percent to 8 percent, and the TGST from 12 percent to 16 percent. The government said that the tax hike was necessary to manage its recurrent expenses.

The bill was passed at Wednesday’s parliamentary sitting by the votes of 55 members. 26 voted against passing the bill.

An uproar erupted at the parliament floor when vote was asked for the bill. Some members had stood up, making loud noises. Opposition Naifaru MP Ahmed Shiyam and Mahibadhoo MP Ahmed Thoriq (Tom) and members supporting Parliament Speaker Mohamed Nasheed in MDP’s feud had protested during the voting.

Speaker Nasheed, after the bill was passed, said that members believe a large quorum is required to greenlight such bills. Thus, he said the government should acknowledge that the tax hike bill was passed as proposed, without any changes, by a small difference in votes.

Voting on the bill was delayed for two days, having been scheduled on agenda in the previous two sittings.

Concerns over this delay were relayed to President Ibrahim Mohamed Solih, a parliament member told Sun on Tuesday.

MDP’s two factions remain divided over the bill. In this regard, supporters of Nasheed’s faction have been expressively against the bill.

Parliament passed the bill in Wednesday’s sitting while the opposition coalition and the public remain concerned over the tax hike. They argue that the government should instead cut unnecessary expenditure, such as the appointment of people to political posts.

Wednesday's sitting concluded after taking the vote on the bill.