Maldivian FM: Contents of letter to Mauritius PM will be disclosed in accordance with standard protocol 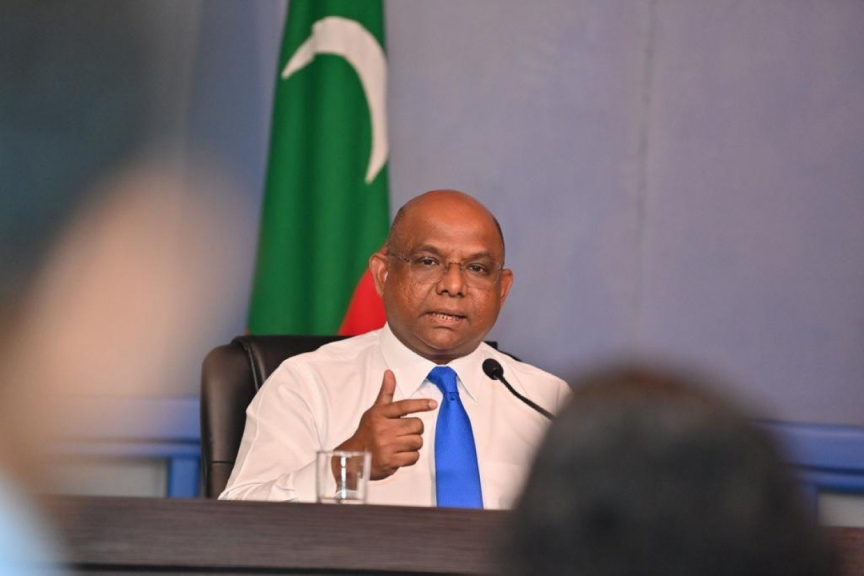 Shahid made the comment in a joint press conference with Attorney General Ibrahim Riffath at the President’s Office on Tuesday evening.

At the press conference, Shahid said the contents of the controversial letter sent on August 22 will be disclosed in accordance with the legal protocol for disclosure of such documents.

Shahid said the claims being made by politicians regarding the Chagos dispute is misleading, and that President Solih did not promise anything in exchange for Maldives’ vote for the Chagos decolonization resolution in the UN General Assembly.

Shahid said the current administration would not take any action damaging to Maldives’ sovereignty.

He also alleged it was former Maldivian President Abdulla Yameen Abdul Gayoom who led efforts to sell off Maldivian atolls during his administration.

Shahid said the President Solih did not say in his letter that Maldives had changed its stand on the maritime territorial dispute with Mauritius over Chagos. He said that Maldives will continue to work within the legal bounds to resolve the dispute.

The territorial dispute is over an area between the Maldives and Chagos Islands - a group of seven atolls comprising more than 60 islands in the Indian Ocean about 500 kilometers south of the Maldives archipelago.

For decades, Mauritius and the United Kingdom have been in a dispute over ownership of the Chagos, after Mauritius claimed the Chagos archipelago as Mauritian territory when Mauritius gained independence from the UK in 1968. Maldives became involved in the dispute as the country's exclusive economic zone overlaps with that of Chagos.