President Solih: Bad habits may be linked to sudden deaths amongst youths 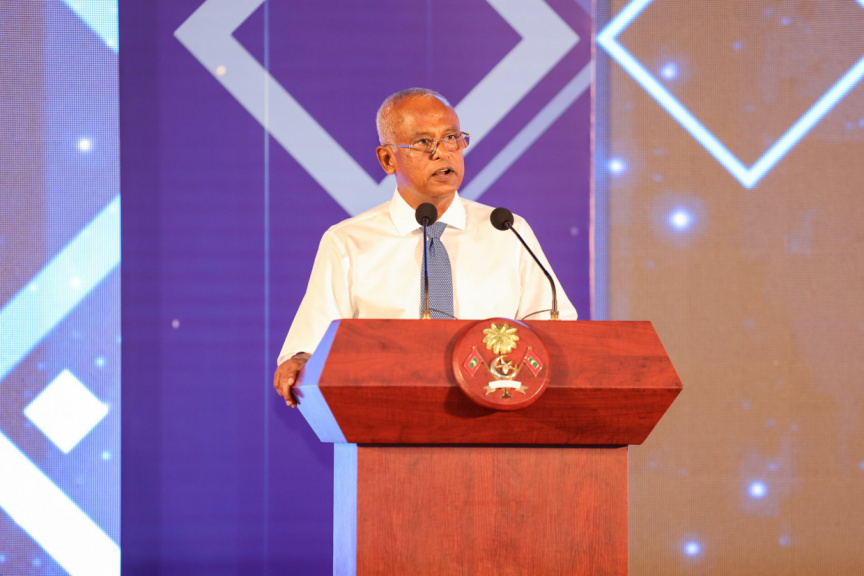 President Ibrahim Mohamed Solih speaks at ceremony to publicize information regarding risk factors for non-communicable diseases, and launch of efforts to control such diseases. (Photo/HPA)

President Ibrahim Mohamed Solih, on Monday, remarked that bad habits may be linked to the sudden deaths amongst youth observed in the Maldives.

President Solih, speaking the ceremony, said that the research identifies the prominence of bad habits which can lead to non-communicable diseases. He added that the research shows many suffered from increased sugar levels, blood pressure and cholesterol.

“The short summary of the research as we cannot stand idle to watch this. To stand up, and become more active. To run, play sports and exercise,” he added.

President Solih detailed the most common causes behind non-communicable diseases as inactivity, unhealthy diets and smoking.

“Sudden deaths amongst our youths have increased. It is possible that this is linked to these bad habits engrained in society. Nevertheless, the truth should be sought through research,” he had said.

He also underscored some measures taken by the current administration to decrease risk factors for non-communicable diseases. On this note, he detailed the use of caution messages and photos on tobacco products, and ensuring Aasandha coverage for medicines and services for smoking cessation.

He detailed that the Youth Ministry was undertaking efforts to facilitate opportunities to exercise in all residential islands. President Solih also noted vaccines for girls with respect to protection from cervical cancer being added to the national vaccine schedule.

Speaking further, President Solih said that Maldivians have previously, and presently, always prioritized health and wellness – describing the obstruction to a healthy lifestyle as bad habits.

“The cure for these diseases is our aim and hope. What is needed is change. A start. We can even make tonight the beginning of this change,” he added.

Such changes recommended by the President included an active lifestyle, making time for sports and exercise and decreasing the use of motorized vehicles. He also stressed on the importance of maintaining a healthy diet.

President Solih said that the administration’s goal is to improve healthcare services even next year. In this regard, he noted that the largest budget had been allotted for healthcare.

He went onto state that primary healthcare will resume in the Maldives next year, which is mainly aimed at creating awareness amongst the public on non-communicable diseases.

From the state budget of MVR 42.7 million proposed by the government for next year, MVR 5,017 million has been allotted for the healthcare sector. This includes MVR 54 million for the development of a cancer specialist hospital in L. Gan.