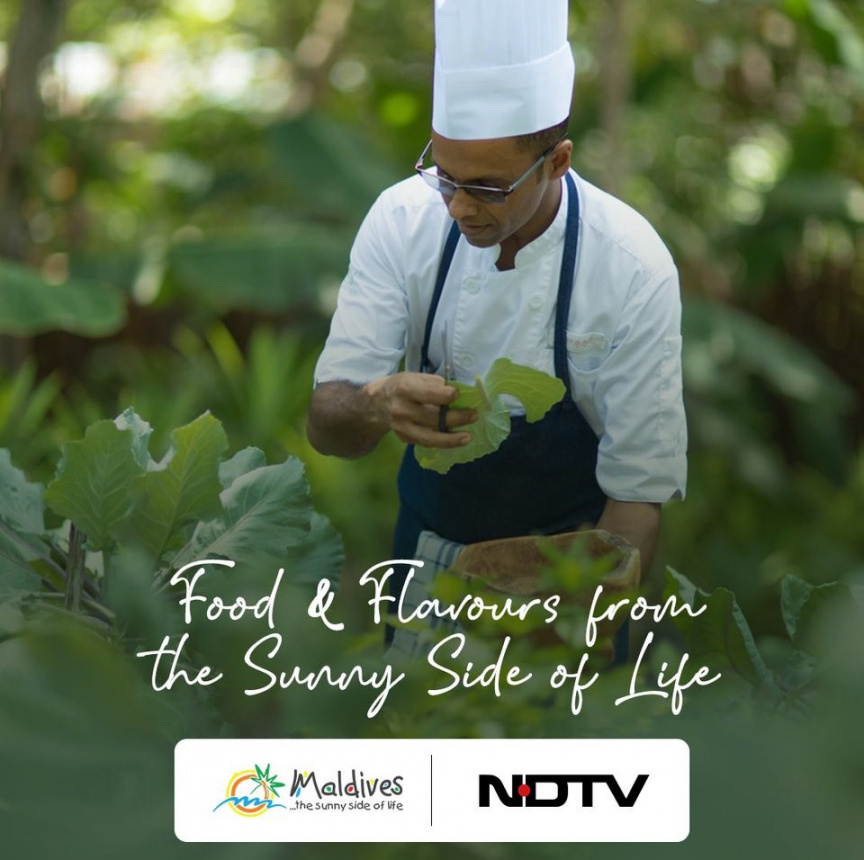 NDTV Food has featured a special episode on Maldivian cuisine, titled "Food & Flavours from the Sunny Side of Life".

The episode is expected to reach over 130 million homes and 20 million individual users via NDTV's mobile app.

The show also discusses the fresh farm-to-fork experience, outdoor cooking, the health benefits of Maldivian cuisine, and sustainable food practices in the Maldives.

The resort manager of LUX* South Ari Atoll, Masdhooq Saeed, joined the chef and discussed the significance of introducing sustainable practices into the food industry.

For more than 25 years, NDTV has been a leader in India's news broadcast and digital journalism industries.

MMPR expects the show to aid in maintaining a Maldivess brand presence on powerful platforms like TV, and in introducing Indian consumers, who are keen to try new foods, to the regional cuisine and the distinctiveness of traditional Maldivian flavours.

MMPRC states the show fits in with its marketing plans for the Indian market, which were developed with a focus on gradually building up awareness of the Maldives brand across all major cities using a variety of online and offline media. The plan calls for marketing the numerous goods and tourist markets that the Maldives serves. . These goods and market categories are advertised to different demographics, including those looking for luxurious, romantic, or inexpensive travel options in the Indian market.

Marketing campaigns, familiarization excursions, and participation in significant fairs and exhibitions hosted in this market are just a few of the actions MMPRC has planned to maintain destination visibility in the Indian market.

MMPRC, the national organization in charge of promoting the Maldives as a travel destination overseas, engaged in 260 distinct marketing activities in 22 international markets last year, including as trade exhibits, roadshows, familiarization tours, marketing campaigns, webinars, and interviews. The Maldives won the title of "World's Leading Destination" at the 2021 World Travel Awards, which are regarded as the gold standard of the travel industry, late last year, which is the greatest tribute to the effectiveness of these initiatives. The Maldives have successfully attained this coveted distinction for the second year in a row, which is a brilliant example of the confidence that tourists from all over the world have in the "magic of Maldivian hospitality."