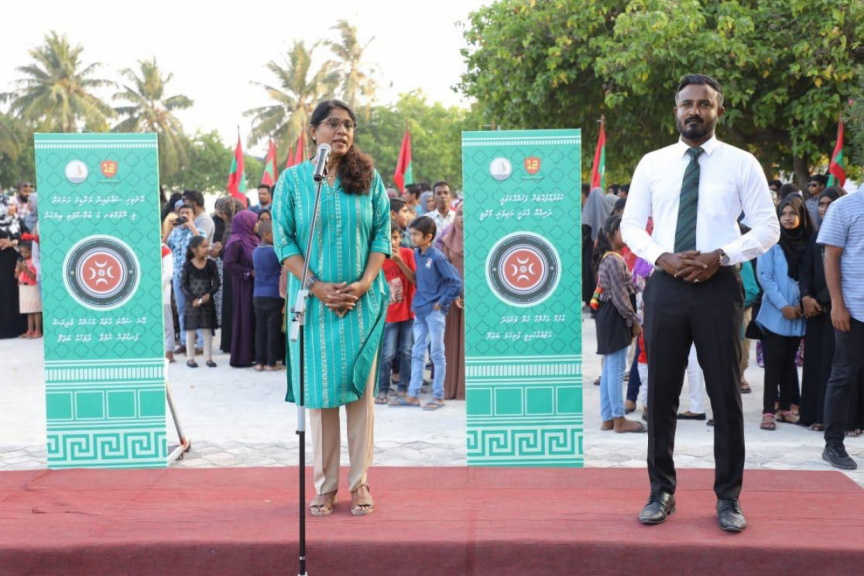 She made the remark during a Victory Day event held Saturday evening in Kulhudhuffushi City – the birthplace of Martyr Corporal Hussain Adam – who died defending the gates of the military headquarters from armed mercenaries on November 3, 1988.

“Today, the proud Maldivian flag of green, red and white flies high in forts across Maldives, renewing the memory of the sacrifice of national heroes like Martyr Corporal Hussain Adam. Telling of the sacrifice they made for the sake of this nation,” she said.

Mariya said the November 3 terror attack was the most dangerous attack on Maldives in recent history.

And Maldives continues to face threats to its security today, she said.

Mariya said that developing the Maldivian military and equipping it with modern resources and weapons is a top priority of the Maldivian administration.

She called on the youth to join the military.

“The military is in great need of educated youths. I hope for the youth to join military service,” she said.

The events in Kulhudhuffushi to mark Victory Day was attended by the city’s mayor Mohamed Athif and councilors. The parade held by the MNDF attracted a large crowd.

Abdulla’s body being flown back to Maldives