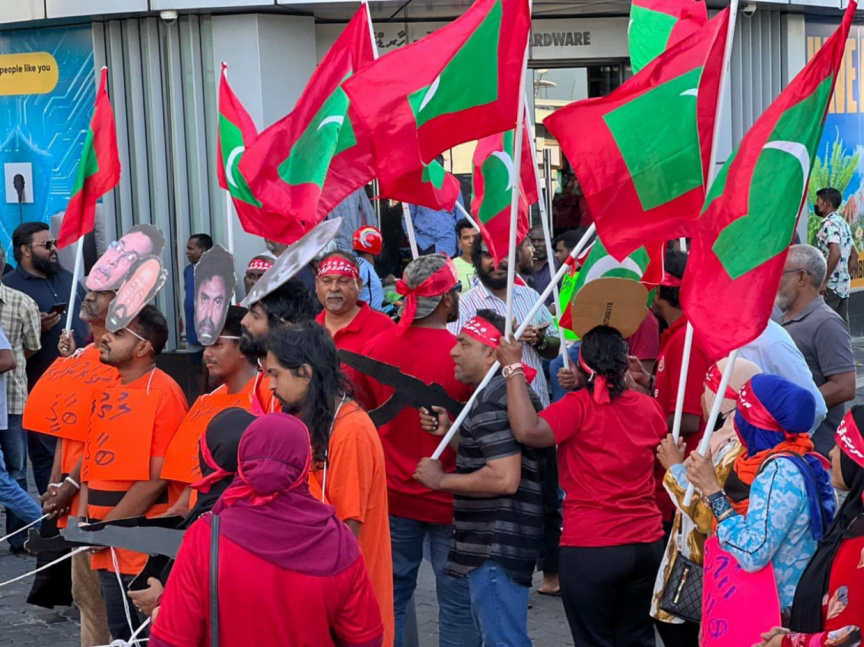 The opposition PPM-PNC staged a demonstration outside the fish market in Male’ City on Thursday, accusing the government of failure to properly commemorate Victory Day.

The demonstrators were wearing masks with the faces of those involved in the terror attack of November 3, 1988, and carrying cutouts of guns.

They spoke against the people involved in the attack, and accused the government of failing to properly mark Victory Day.

They police put up barricades to prevent demonstrators from going near the President’s Office.

The demonstrators marched along some of the roads of the city and ended the demonstration in front of the PPM office.