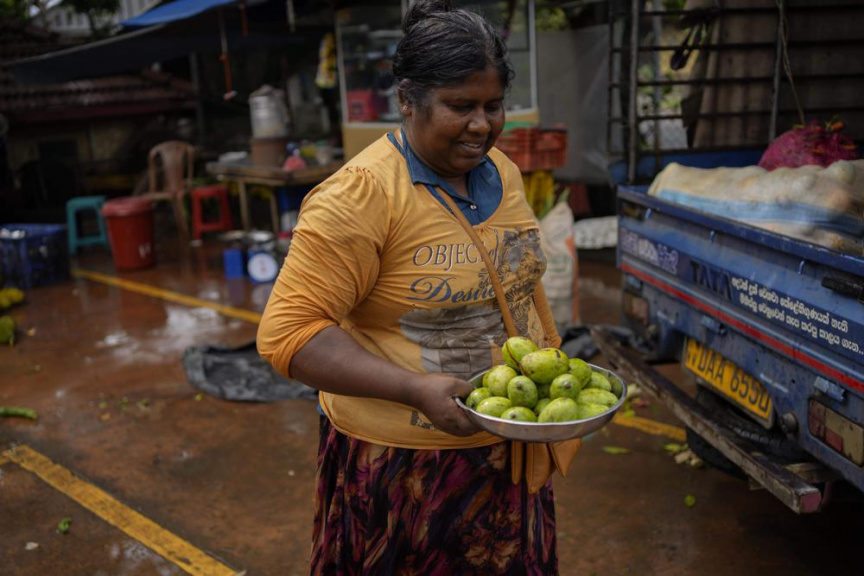 COLOMBO, Sri Lanka (AP) — Sri Lankan lawmakers overwhelmingly approved a constitutional amendment on Friday that trims the powers of the president, a key demand of protesters who are seeking political reforms and solutions to the country’s economic crisis.

Debate on the bill began on Thursday, and on Friday, 179 lawmakers from the governing coalition and opposition voted in favor of the motion and only one voted against it, ensuring the two-thirds majority in the 225-member house required to make the amendment law.

The amendment transfers some presidential powers, including the appointment of officials, to a constitutional council comprising lawmakers and respected non-politicians. The council will recommend candidates to the president for appointment.

The council’s recommendation is required for presidential appointments of senior judges, attorney generals, central bank governors, police, election commissioners, and bribery and corruption investigators. The prime minister will recommend Cabinet appointments, and the president will not be allowed to hold any Cabinet positions except defense.

The government says the changes will help ensure the independence of the judiciary and public service.

The Indian Ocean nation has been facing severe shortages of essential imports such as fuel and medicine. The crisis set off massive demonstrations that led to the resignations of the president, prime minister and key Cabinet ministers several months ago.

Current President Ranil Wickremesinghe, who succeeded ousted President Gotabaya Rajapaksa in July, promised to limit the powers of the presidency and strengthen Parliament.

The amendment reinstates many democratic reforms made in 2015 which were reversed by Rajapaksa when he was elected in 2019 and concentrated power in the presidency.

The protesters blame Rajapaksa and his powerful family for years of mismanagement and corruption. Many remain skeptical of Wickremesinghe and accuse him of trying to protect the former leader and his relatives. Wickremesinghe was elected by Parliament in July to complete Rajapaksa’s term, which ends in 2024.

Jehan Perera, executive director of the independent National Peace Council of Sri Lanka, said the amendment is “a step in the right direction” but would not appease protesters.

He said the move was “only a first step when there have been so many steps backward” in governance and human rights, such as restrictions on the right to gather and protest.

Since Wickremesinghe became president, dozens of protest leaders and activists have been arrested. Wickremesinghe has promised leniency for those who took part in violence unknowingly or at the instigation of others, but said those who broke laws willfully will be punished.

Perera said the demonstrators were protesting the halving of their income and savings and the government’s failure to take action against those responsible for the economic crisis.

“No one has been held accountable for creating the crisis. So the protesters won’t be appeased,” he said.

Sri Lanka has suspended repayment of nearly $7 billion in foreign debt due this year pending the outcome of talks with the International Monetary Fund on an economic rescue package. The country’s total foreign debt exceeds $51 billion, of which $28 billion has to be repaid by 2027.